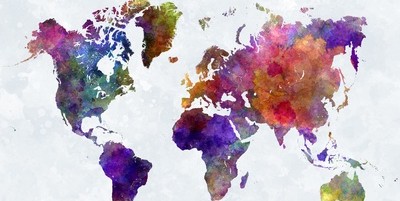 The outlook for the global economy and stock markets remains favorable. We project a rise in global GDP from an estimated 2.9% in 2013 to 3.9% in 2014 with a further increase to 4.2% in 2015. Supporting our view is the most recent forecast of the International Monetary Fund (IMF), which also envisages world GDP accelerating the next two years and growing at an average annual rate of 4.0% over the next five years. We have pointed out in recent Outlooks that the world’s major stock markets have advanced in every year this century when GDP has accelerated. 2014 should be no exception. The U.S. stock market will likely extend its five-year bull market if, as expected, GDP jumps from 1.9% in 2013 to 3.0% this year. We think the S&P 500 Index will advance in line with corporate profit expansion of about 7-9%. International equity markets are currently undervalued and will likely thrive if investor confidence is restored. A stronger U.S. economy coupled with the Fed’s tapering policy will create headwinds for bonds, and we continue to recommend high-quality bonds with short and intermediate maturities.

A major factor in our positive global outlook is the mounting determination of the world’s finance ministers and central bankers to restore healthy economic growth. Over the 10 years ending in 2007, the world economy grew at an average annual rate of 3.9% per year. In contrast, since 2010 growth has decelerated each year and has averaged only 3.3%. In February, G20 finance policy makers met in Sydney, Australia, and committed themselves to “concrete actions…including to increase investment, lift employment and participation, enhance trade and competition, in addition to macroeconomic policies,” with a view to boosting the world economy by “over $2 trillion…over the coming five years.” This amounts to policies aimed at increasing combined GDP by more than 2% above the current five-year trajectory (data provided by Merrill Lynch Global Economics Team 3/28/14).

The positive case for the U.S. stock market rests on a boost in corporate profits, which in turn depends on a pickup in U.S. and global growth (see our March 25 blog “Federal Reserve Supports Marietta’s Positive Outlook for U.S. Economy and Stock Market”). As a consequence of “multiple expansion” in 2013 (when the S&P 500 Index soared 29.6% whereas corporate earnings rose only 10.8%), we view the current market as fairly valued. On the constructive side, fourth-quarter earnings reported the last three months were solid, and Wall Street research analysts currently estimate a 12.1% increase in S&P 500 company profits for all of 2014. A further multiple expansion is also possible if corporations continue to use their considerable cash positions to raise stock prices with merger and acquisition activity, stock buybacks, and dividend increases. Further, improving investor confidence in economic and corporate fundamentals could lure funds from relatively unattractive money-market funds and bonds. While we project positive year-end stock market performance, near-term volatility and even a 10% correction should not be ruled out. We recommend investors hold quality, industry leading companies with healthy balance sheets and favor stocks of businesses with a cyclical tilt so as to benefit from an accelerating U.S. economy.

Other key advanced economies are forecast to provide a modest contribution to global expansion with 2.0% GDP growth. The Euro Area is turning the corner from a mild recession to a nascent recovery with growth expected to strengthen to 1.0% in 2014 and 1.5% in 2015. A favorable development is that previously beleaguered Italy, Spain, Portugal, Greece and Ireland will likely enter positive GDP territory this year. With E.U. inflation at 0.5%, policy makers have ample room for additional stimulus initiatives. Japan is winning its war against deflation (inflation could mount to 2.5% this year) but growth will be limited to about 1.5%. Among other advanced economies, Australia, Canada, and Great Britain should top 2.0% but fall below 3.0%. Our conclusion is that the stocks of companies in advanced countries which are thriving on international sales, especially to emerging economy markets, continue to be the most attractive investments.

A recent concern of investors is that geopolitical crises, chiefly the situation in Crimea, could overshadow improving economies and cause stock market declines. While we share trepidation over Russia’s aggressive behavior, we view these international flare-ups as transitory and unlikely to be deleterious to economic fundamentals. An additional concern for global growth prospects is the leading emerging economies, and in particular China. Around half of global growth in 2013 originated from China despite GDP slowing to about 7.7% from double-digit levels in the past. China’s problems with its debt-laden shadow banking system, weakening export trade, and deadly pollution are well publicized, and dislocations will surely arise as the government attempts to restructure from an investment/export to a consumer driven economy. On the other hand, the new political leadership has promised to deliver robust GDP growth, with a fluid 7.5% target, and we expect a rash of stimulative initiatives if this growth rate is threatened. Until it is clear that the Chinese economy has stabilized and is reaccelerating, we favor only the stocks of those Chinese companies with appealing revenues and earnings not dependent on the broader economy.

Many of the other major emerging economies are struggling with inflation and the negative impact of the U.S. Fed’s tapering policy. In particular, India, Brazil, Turkey, South Africa, and Indonesia are coping with inflation above 5.8%. Their central banks have responded by raising short-term interest rates, which has dampened economic growth. The Fed’s tapering tends to weaken their currencies, exacerbate inflation, increase capital flight, trigger more interest rate hikes, and further damage growth. Another consequence has been severely depressed stock markets. Since the end of 2010, when global growth started to decelerate, the MSCI exchange traded fund for emerging economies (EEM) has plunged -17% whereas the S&P 500 Index has climbed 47%. We expect significant gains in these markets if inflation and rates subside, global GDP accelerates, currencies stabilize, and politicians adopt pro-business policies. We prefer to wait until there is confirmation of improvement because investing too early could be precarious. At this time the most likely candidate is India, where growth is ramping up and approaching elections may result in a more growth-oriented leadership.

In the fixed income sector, we maintain our prior recommendation that investors purchase high quality bonds with short to intermediate term maturities. A further rise in bond yields and the subsequent decrease in bond prices is likely to accompany an improving U.S. economy in combination with the Fed’s tapering policy. Bond investors with a ladder of short-term maturities will benefit from a rise in bond yields as maturing bonds are rolled over at higher yields.