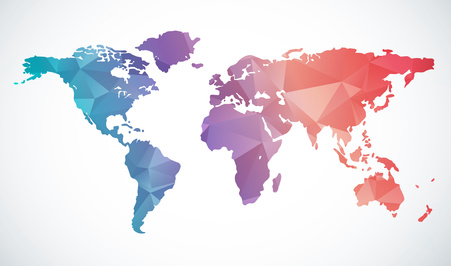 The outlook for the rebounding global economy remains positive for the second half of 2014 and into 2015.  Although we have lowered our 2014 U.S. GDP estimate from 3.0% to 2.0% due to a weather-induced weak first quarter, we expect at least 3.0% annualized growth in both the third and fourth quarters with a further 3.0%+ rise in 2015. This should provide favorable conditions for further profit growth, which we have viewed as the key to a continuation of the 5-year stock market advance. We are impressed with the ability of U.S. corporations to generate remarkable profits despite sub-par and challenging economic conditions. Profits actually rose 6.8% in the first quarter, which helps to explain the 6.1% rise in the S&P 500 the first half of the year. We do think, however, that introducing some caution is warranted due to the market’s rising valuation and seemingly high level of investor complacency. We also expect international equity markets to perform well as investor confidence in sustainable global growth rises. On the other hand, the combination of reaccelerating U.S. economic growth and a conclusion to the Fed’s tapering policy provides a negative environment for the U.S. fixed income market. We continue to recommend investors hold shorter-term bond ladders.

Throughout the past five years, Marietta’s Outlooks have repeatedly and correctly forecasted an improving U.S. economy with rising equity prices (see our quarterly Outlooks). Our approach over these years has been to look beyond current conditions, which are often transitory, and to focus on the upcoming 6-12 month period. We have identified six fundamentals that have historically supported U.S. stock markets and that have been present since the beginning of the current bull market. These key considerations, which we are monitoring closely, are:

We are optimistic that each of these six conditions will remain positive and will continue to support equity markets through the end of the year, but we are growing modestly more concerned about the stock market’s valuation (see our June 25 blog “The Positive Case for the U.S. Stock Market Revisited”). If the market enters overvalued territory, or if any of the other five conditions weaken or are threatened, we will advise more caution and possibly recommend defensive measures.

Some international markets are looking more attractive as they have overcome perceived headwinds and are priced at compelling valuations. Emerging economies and markets have held up better than many forecasters projected and the U.S. Federal Reserve’s tapering program has not negatively impacted currencies, inflation, or financial markets as many investors initially feared. China’s economy has evidently stabilized following a multi-year deceleration and policy makers have initiated targeted stimulus plans to ensure that their stated 7.5% GDP goal is met. India’s outlook improved substantially when the pro-business presidential candidate, Narendra Modi, and his political party won a sweeping majority in the largest democratic election in history. As highlighted in Marietta’s May 29 blog “Emerging Economy Stocks Rebounding,” many of these markets have risen sharply since February and during the second quarter the ETF commonly used to measure their performance (EEM) advanced +5.4%, outpacing the S&P 500 Index. Investors should consider adding moderate exposure to stocks of those emerging countries with an improved mix of accelerating GDP, stable or rising currencies, declining inflation and interest rates, and growth-oriented policy makers.

Whereas Europe’s economy remains challenged, the future has brightened now that the European Central Bank (ECB) has promised to hold rates near zero for several years and will consider a quantitative easing program to counter the threat of deflation. Ireland, Spain, and Portugal have exited from their bailout programs, and several governments are unwinding austerity measures in order to promote growth. Also encouraging is that many multi-national companies reported a recovery in their European sales in the first quarter and have raised their full year revenue estimates.

Our generally negative outlook for the U.S. bond market remains unchanged. We recommend that investors purchase high quality bonds with short to intermediate term maturities to protect against a highly likely rise in bond yields over the next 18 months. We further suggest that investors remain vigilant regarding the possibility of a bond market bubble leading to a liquidity crunch. As pointed out in our June 18 blog, “Bond Fund Buyers Beware,” we especially caution against the use of bond mutual funds.

A feature of today’s global and U.S. financial markets is that volatility is lower than at any time in almost a decade. This is the case with currencies, equities, bonds, and some key commodities. An example is the VIX Index, Wall Street’s “fear gauge” that measures U.S. stock volatility, which hit a seven-year low on June 19. Two questions arise: what is causing this reduced volatility and what does it mean for financial markets in the future? There is no convincing answer to either question. Nevertheless, some market commentators opine that low volatility is an indication that investors are complacent, which they see as a dangerous calm before the storm. Federal Reserve Chair Janet Yellin entered the debate on July 2 with the observation that although she had seen signs of over-optimism in financial markets recently, they had not expanded in a way that threatens financial stability (Financial Times, 7/2/14). We acknowledge that eventually there will be a bear market with heightened volatility, but when? We doubt that low volatility provides an answer. We remember well the famous comment by then-Federal Reserve Chairman Alan Greenspan, who in December 1996 referred to complacency in the market as “irrational exuberance.” The S&P 500 Index subsequently rose over 100% in the following three years.