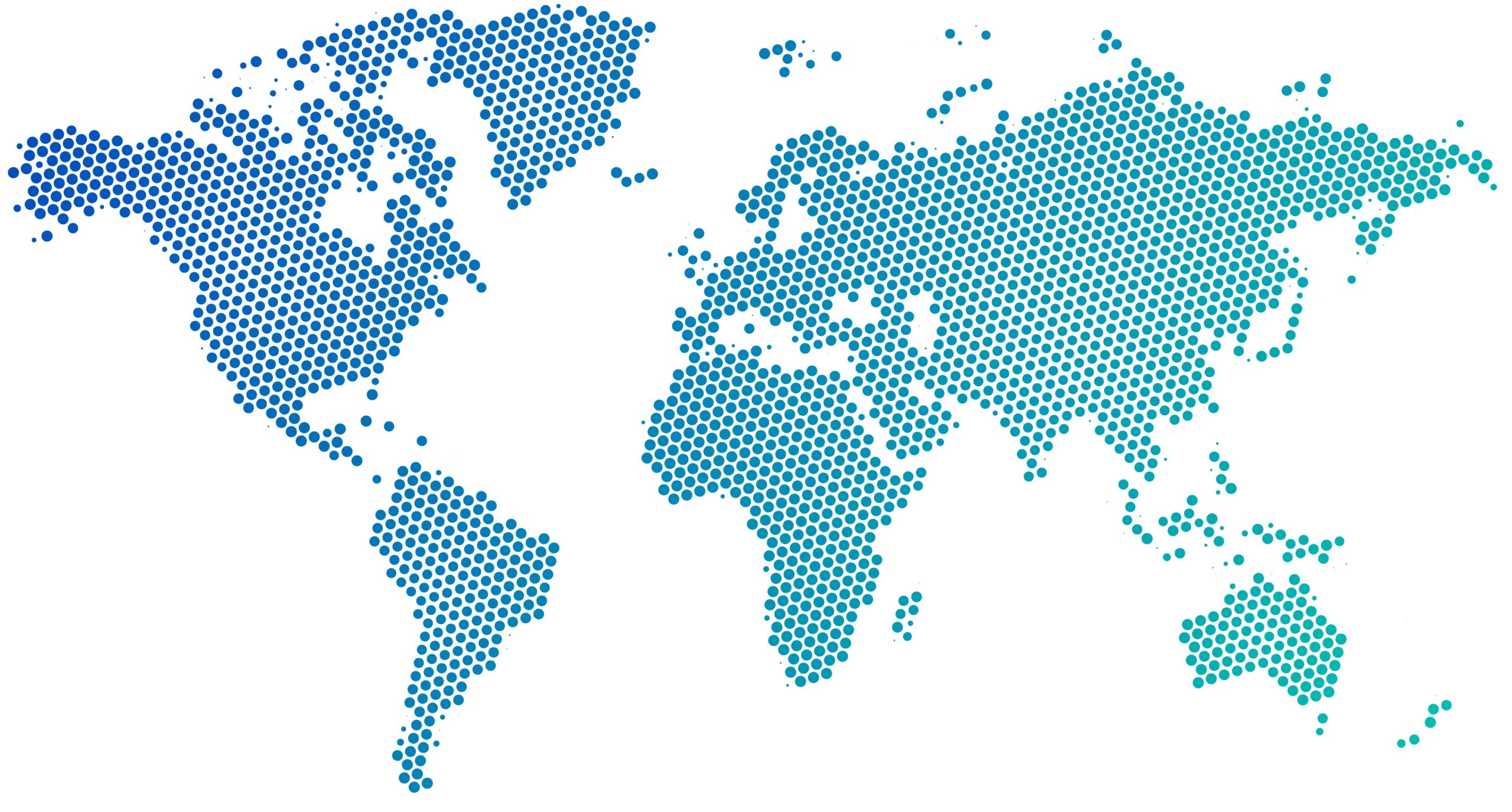 We expect the global economy to continue its rebound from the COVID-19 Recession of 2020, fueled by reopening economies, unprecedented fiscal and monetary stimulus, and pent-up demand. However, recent developments have tempered the heady optimism from the first half of the year. The Delta variant’s rapid spread, worldwide supply chain disruptions, a sudden rise in inflation, a deteriorating Chinese economy, and the possibility of a US debt default and government shutdown have eroded confidence in the recovery’s duration and strength. Investor sentiment turned pessimistic in response to these developments; for the month of September, the S&P 500 Index slumped -4.8% and the international benchmark MSCI ACWI-ex US Index gave back -3.7%. Despite the recent pullback, looking forward we think that the positives still outweigh the negatives. The most probable outcome is that the global and US economic expansion will continue through 2022, though at a less robust pace than previously forecasted. Fundamentals supporting higher equity returns remain intact and investors should stay disciplined and focused on their long-term strategy.

When we wrote our last Outlook in early July, the Delta variant had yet to significantly affect the US. Since then, Delta has brought upon another wave of the pandemic, infecting millions and causing tens of thousands of deaths. The human cost has been profound. Although the virus surge caused immense human tragedy, the economic impact in the US has been relatively limited in contrast with other countries. Despite escalating COVID-19 cases and hospitalizations, restrictive shutdowns were limited, and consumption stayed high. Bolstered by stimulus measures, household savings and balance sheets improved to record highs and debt servicing payments as a percent of income reached record lows.

Consumption remains about 70% of the US economy, and consumers are the wealthiest they have been in decades. With the economy reopening, competition for labor has been fierce, resulting in huge employment gains, job openings, and rising wages. The likelihood of a recession is remote. However, inflation, supply chain and labor shortages, political uncertainty, and Federal Reserve policy have combined to limit growth. We anticipate progress on these issues in the fourth quarter and that they will not be as large of a drag in 2022: 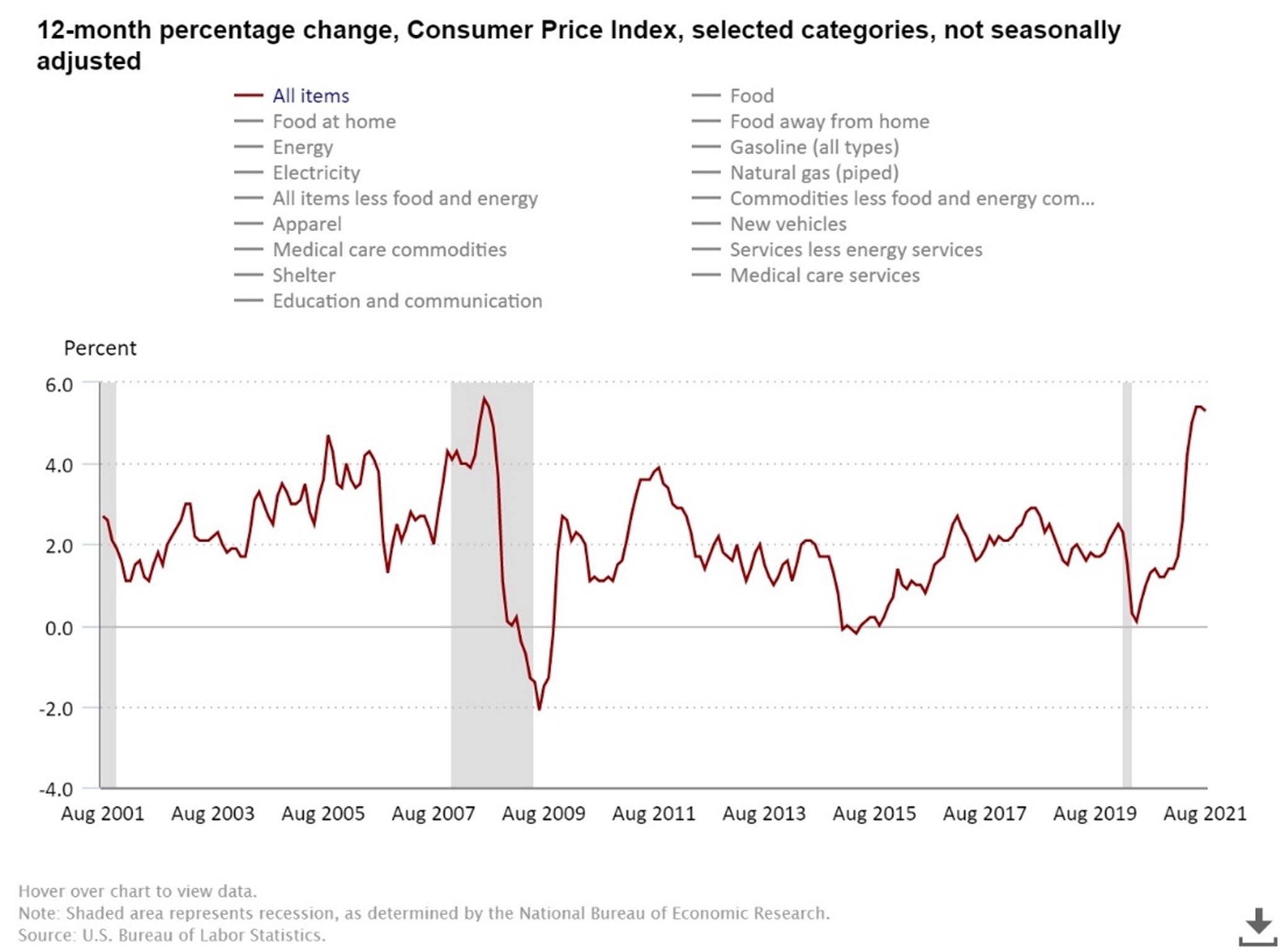 Commodities like copper and wood have returned to more normal levels following a large spike,  and demand for certain big-ticket items, like automobiles, have pulled back from peaks. Higher  inflation than the 2008-2019 period may persist, but if this moderating trend continues the  specter of excessive inflation will recede. Nevertheless, we acknowledge that the near-term  impact is troublesome. The September University of Michigan Surveys of Consumers Report  stated the problem concisely:

“Even if transient, higher inflation has already decreased living standards, and further  damage is anticipated as just 18% of all households anticipated income gains would be  larger than the expected inflation rate.”

The uneven nature of the recovery is likely to continue, but the powerful trend of economic expansion remains the strongest argument in favor of higher stock markets. While US equities have recently pulled back from highs, the 2021 calendar year has thus far produced solid returns. We expect the bull market to continue before year-end, buttressed by strong corporate profits, pro-growth monetary and fiscal policies, and large cash positions on the sidelines. As in the recent past, the primary investment alternatives to stocks, in particular money markets and bonds, remain unappealing.

The most notable feature within international economies is the wide gulf between developed and emerging countries in their ability to combat the virus, recover from last year’s downturn, and provide positive equity market returns. In stark contrast with their emerging market counterparts, wealthy countries benefited from mature healthcare infrastructure, purchased and administered vaccines effectively, and provided fiscal stimulus directly to their citizens. This difference is reflected in the year-to-date 6.9% return of the developed markets ETF iShares MSCI EAFE compared to –2.5% in the emerging market ETF iShares MSCI EEM. Emerging market economies have endured additional stress from a softening Chinese economy, which has been weakened by a fresh round of anti-business policies from its government. Our view is that the prosperity gap between emerging and developed economies will persist for several quarters. Europe, Australia, and Japan have high vaccination rates and are reopening their economies; they will quickly catch up to where the US is now in the recovery process. It is worth noting, however, that this will unleash pent-up demand, which could put further strain on global supply chain issues. Emerging economies and stock markets will struggle until they make substantial improvement in their ability to handle the virus.

As in past outlooks, we continue to recommend the best approach to international equity investing is to focus on the ability of individual companies to thrive despite current economic realities. For example, some commodities companies will benefit from rising global inflation and some semiconductor companies will profit from huge demand. Investments in China, in the past so beneficial, now have higher risk and should be considered only with considerable caution despite strong earnings potential. Also attractive are European companies strongly positioned to profit from the reopening trade as virus concerns recede.

Rising concern for inflation is putting upward pressure on bond yields despite the Federal Reserve’s policy of maintaining a low interest rate environment. For example, the yield on the benchmark 10-year US Treasury has risen from a low of 1.17% as of Aug 4, to a current 1.58%. The yield may well rise further (and the price decline) in the short term as the general economy continues to improve and the Federal Reserve begins to unwind its bond purchasing policy. We thereby recommend that investors emphasize short-maturity bonds despite their relatively unattractive yields.