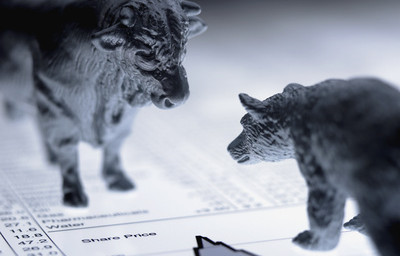 Since the U.S. stock market bottomed on September 28, the S&P 500 Index has gained 9.8% and the Dow Industrial Average has risen 9.9%. Global stock markets have also participated with jumps of 8.8% in the EFA (the iShares ETF for developed international markets) and 12.1% in the EEM (the iShares ETF for emerging markets). The obvious questions are: is the global stock market rally justified and is the market rally sustainable? We think the answer to both questions is yes.

Our positive view is shared by respondents in Barron’s latest biannual survey of professional investors; 55% call themselves bullish or very bullish about the market’s prospects through next June. The respondents also noted that many of their clients do not share their enthusiasm (76% described themselves as “neutral” about U.S. equities). It seems that professional investors are pouring money into the market even as retail investors are pulling money out. For example, Bloomberg observed that the SPDR S&P 500 ETF has seen $1.5 billion withdrawn this month through Oct. 15, leaving it on pace for the first monthly outflow since June.

We emphasize that investment conditions have improved markedly since the tempestuous sessions of August and September. Major developments include:

We anticipate a further advance in global stock markets through the end of this year and into 2016. Some of the major catalysts are:

The major threats to our propitious outlook are unanticipated geopolitical upheaval and poor policy decisions. The Chinese economy also needs to be closely monitored as well as the economic health of commodity exporting countries. We would view a further plunge in commodity prices or a sharp rise in the dollar as a negative. Surely the future will hold surprises and we advise investors to remain flexible and vigilant.