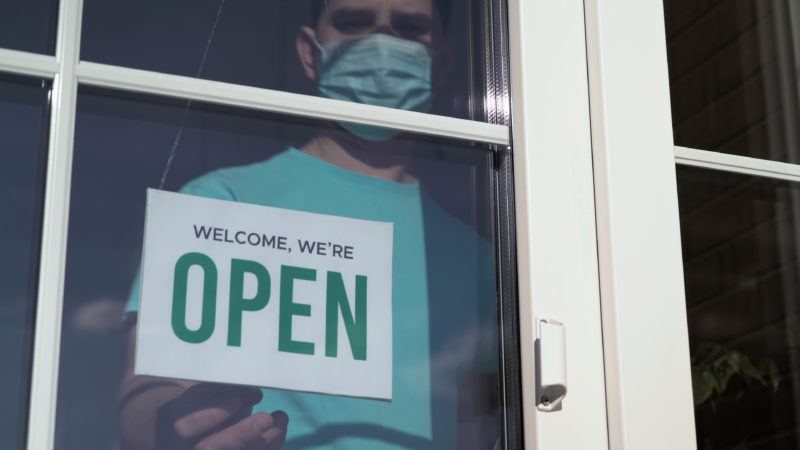 The Economy is not the Stock Market

Stock markets have rallied sharply from the bear market lows reached in late March. Astoundingly, the fastest 30% sell-off ever for the S&P 500 Index was followed by the strongest monthly return in over 33 years, soaring 12.7% in April. This incredible performance occurred while market participants have absorbed a deluge of grim economic data, including the highest unemployment rate since the Great Depression, the highest 8 weekly jobless claims ever recorded, and a wave of companies reporting depressingly low earnings and eliminating future guidance, with a significant uptick in companies filing for chapter 11 bankruptcy. GDP growth rates in the first quarter were sharply negative and estimates for the second quarter are expected to slide even further. It is shocking to many that global stock markets have rebounded so swiftly even as many economies have plunged into recession.

How can a stock market legitimately rise even as an economy falls? To answer this, it is informative to recall the situation at market lows and what has occurred in the seven weeks since.

In March, it was not known if COVID-19 was containable, if millions of patients would overwhelm the health care system, or if the Federal government would be able to respond, given intense partisan bickering and mixed messaging on the severity of the threat posed by the virus. It was unclear if shelter-in-place orders would be effective or how long they would last. Also unclear was the potential impact on the labor market, consumption, and production. The uncertainty was rampant and was reflected in depressed stock markets, as investors sold indiscriminately amid the confusion on how to appropriately value future company earnings.

As the past seven weeks unfolded, significant developments indicated that the worst-case scenarios feared in March had become increasingly unlikely, which supported a meaningful stock market rally. We learned that the social distancing shutdown would be temporary, and that activity would increase as economies slowly reopened. Markets are forward-looking and the prospects for business is considerably better than two months ago. We note:

Despite the hope-inspiring developments cited above, we still live amidst a public health threat and a deep recession. Huge questions remain, including whether a second wave of the virus will occur, what shape the recovery will take, and if stimulus measures will be effective. However, those who wait for certainty on these issues before investing likely will be forced to buy assets at much higher valuations. Investors are best served by adhering to their long-term objectives and remaining committed to appropriate asset allocations. Within the stock market, we recommend that investors focus on quality and those companies that are best able to recover their earnings. We reiterate our view from the beginning of the COVID-19 scare, written in our February 11 blog:

“We expect there will be winning and losing sectors and companies, which could provide an opportunity for active portfolio management to help mitigate portfolio risk and increase returns. The longer the pandemic takes to resolve, the greater the negative impact will be to industries such as travel, autos, oil, some luxury goods, and commodities. Companies with supply chain disruptions should be monitored closely for downward earnings revisions. We recommend caution in “buying the dip” in these industries until the magnitude of the global economic impact is better understood.”

Thus far, this approach has been successful, and we think this trend will continue until the end of the pandemic is in sight. Until then, stay disciplined, vigilant, and most importantly, safe.