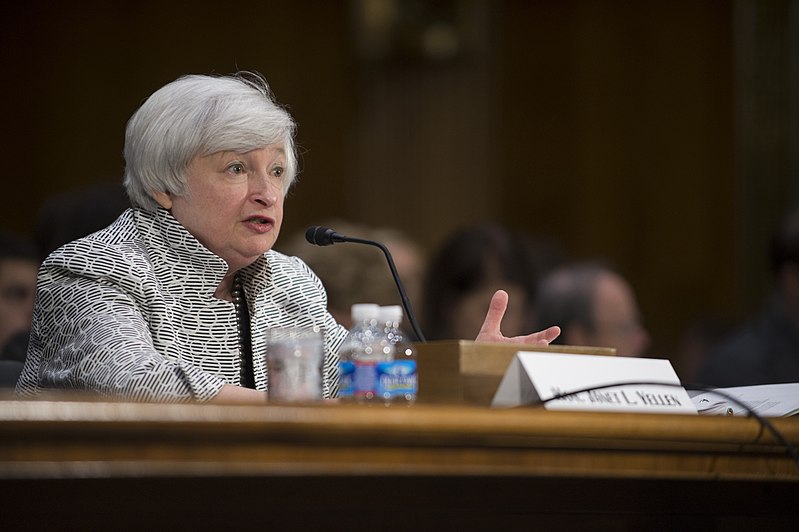 All Eyes on the Fed

Now that the Federal Reserve’s asset purchase program is coming to an end, the focus of financial markets is shifting quickly to the Fed’s policy in 2015. Members of the Fed have already announced their intention to raise short term interest rates as soon as they are convinced the economy has achieved sufficient strength and momentum to weather such a rate hike. A lively debate has begun within and outside the Fed as to when the interest rate normalization process should commence, how aggressively it will proceed, and what impact this will have on the U.S. economy and financial markets.

What is at stake is the continuation of the five year economic expansion and stock bull market. Pessimists argue that early and aggressive rate increases would break the U.S. economy, possibly foment a recession, and cause a significant stock market retreat. Other Fed watchers are concerned with the opposite outcome; the Fed will proceed too slowly and cautiously, thereby permitting a buildup of inflation and the formation of asset bubbles. Optimists, on the other hand, have confidence that the Fed can lift rates gradually to a long-term norm without disrupting the economy and the stock market. Marietta falls into the latter camp in our response to the key questions of the debate:

1. When do we expect the Fed to begin raising rates?

Members of the Fed itself disagree on an appropriate start date. Kansas City Fed President Esther George has stated that the U.S. economy is already strong enough to withstand higher interest rates. Conversely, Charles Evans, Chicago Fed President, thinks that economic conditions will not be suitable until at least 2017. The key viewpoint will almost surely be that of Fed Chair Janet Yellen, who has expressed that a probable date would be six months following the end of tapering, but with the assumption that the economy would continue to strengthen into 2015. We consider April 2015 to be the most probable start date. This is based on our six month forecast for GDP of approximately 3%, inflation below 2%, and unemployment below 6%. During this period we expect a growing consensus within the Fed supporting Chair Yellen’s prediction that economic circumstances would justify taking action at that time.

2. How aggressive do we expect the Fed to be in implementing rate increases?

We expect that economic growth will be strong enough and inflation sufficiently tame to support a gradual increase in the Federal Funds Rate to about 1% by the end of 2015. This prediction assumes that the Fed will want to be cautious and, if necessary, err on the side of being too slow rather than being too aggressive. We consider Chair Yellen to be especially dovish. This pace would also be consistent with precedent: in each of the last three rate raising periods following recession and accommodative low rates (1984, 1994, 2004), the Fed started with a .25% rate raise and proceeded cautiously.

3. What is the likely consequence for the U.S. bond market?

We expect the yield on the benchmark 10-year U.S. Treasury to rise from its current 2.5% yield to 3% or slightly above by the end of 2015. This modest rise would be consistent with the two most recent periods (1994, 2004) when prior Fed policy normalizations started. We think such an increase in the benchmark yield would be consistent with approximately 3% GDP growth and the perception that the Fed was proceeding with caution. Nevertheless, this rise in yields would probably result in a slightly negative total return from now through 2015 for many bond mutual funds.

4. What is the outlook for the U.S. stock market?

From now until April 2015, as the debate over Fed policy becomes more feverish, market volatility will probably increase. We think the market will hold and possibly advance into year-end based on continued strength in the economy and corporate profits. Further, investors will be reluctant to take gains, and performance oriented hedge funds will feel pressure to achieve competitive performance. A correction, however, becomes more likely in early 2015. As the first rate hike approaches, anxiety could cause market weakness. In subsequent months, additional rate hikes could intensify economic uncertainty and exacerbate a market downturn. Nevertheless, we think that by the end of 2015 the market will recover and hit new highs as it becomes increasingly apparent that the economy has not been damaged and corporate profits continue to rise.

A historical perspective supports our outlook. J.P. Morgan has examined the last six Fed policy normalizations and has drawn attention to two observations. The first is that there was a clear market weakness averaging -4% over the three to four months following the first rate increase. The second is that in five of the six occasions, the stock market made a new cyclical high within twelve months. We agree with their conclusion that “any potential dip due to policy uncertainty should be bought into.”

Although some investors will greet the next phase of the economic cycle with apprehension, we consider a normalization of rates to be healthy. We emphasize that our views are based on certain assumptions, one of which is an absence of a surprise geopolitical development that significantly alters economic and market forecasts. We consequently think that it is especially important to remain vigilant and flexible in what could well prove to be challenging conditions ahead.