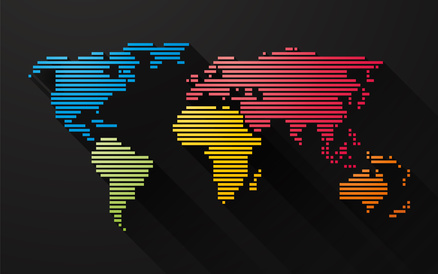 We continue to forecast an extension of the global economic expansion in the fourth quarter, and expect both developed and emerging economies to experience continued growth into and through 2015. This should give investors confidence for strong corporate profits and a further advance of equity markets through year end. However, the Federal Reserve’s stated intention to normalize interest rates in response to an improving economy likely will increase volatility and elevate risk in early 2015 (see our September 12 blog, “All Eyes on the Fed”). Our forecast is for a Federal Funds Rate of 1.00-1.25% by the end of next year from its current historic low of less than 0.10%. We expect the Federal Reserve to begin raising rates next April and to proceed cautiously without disrupting economic growth. In this case, the US and international equity markets will attain new highs by the end of next year, but there likely will be more long lasting damage to the US bond market.

In our July 3 Outlook, we identified six conditions which historically have supported US stock markets, including the current bull market. They include a growing and preferably accelerating economy, healthy earnings prospects, low and stable inflation and interest rates, an accommodative Federal Reserve, an attractively or at least fairly valued market, and relatively unappealing money market fund and bond alternatives. Our outlook for the US economy is that GDP growth will be about 3% through the end of this year and into 2015. Corporate profit growth should provide support for further gains in a fairly valued market. Assuming that the Fed does not raise rates too far too fast, the above conditions should continue to support stock prices.

In the past, Fed policies to raise short-term interest rates invariably have resulted in an upward move in bond yields (and decline in bond prices). Next year should be no exception. This means that the total return for many bond funds will be meager or possibly negative. Our view is that stocks will continue to be more attractive investments than bonds and money market funds. From a longer term perspective, however, a normalization of bond yields would be a healthy development, especially for income oriented investors.

US Federal Reserve policy will also be key for international stocks. Uncertainty regarding the Fed’s exit from stimulus already is having a damaging impact on emerging economy stock markets: the iShares exchange traded fund for emerging market stocks (EEM) has fallen 9.4% from September 5 through the end of the quarter. This decline is reminiscent of a 17% drop in May and June 2013 when then-Chairman Bernanke first announced a winding down of the Fed’s bond purchasing program. As it turned out, the Fed tapering, which commenced in December of 2013, did not negatively impact emerging market currencies, inflation, or central bank policies, nor trigger capital outflows as was feared. To the contrary, the EEM rallied over 23% from February into September. We expect emerging markets to similarly weather next year’s expected Fed rate hikes and emerging market stock markets to rebound by the end of 2015.

At times in the past, there has been a fairly high correlation among emerging economy stock markets. No more. The leading emerging market countries have diverging economic conditions and their stock markets are following different paths. For example, it appears that China and India are going through role reversals. China, for many years envied for its double-digit GDP growth rate, has now slowed to a 7.0-7.5% growth rate and is facing a multitude of problems threatening still lower growth. The recent Hong Kong protests contribute to further uncertainty. In contrast, India, which previously struggled with corruption, inflation, and dilapidated infrastructure, has new pro-business political leaders who are restoring confidence in progress and relative prosperity. Brazil, on the other hand, continues to head in the wrong direction with decelerating GDP growth, elevated inflation, and rising dissatisfaction with government. For the first nine months of 2014, the Chinese stock market was up 10.8%, the Brazil stock market advanced 10.3%, but the India stock market soared 26.3% (data in local currency provided by The Economist, Sept. 27, 2014). Investors in emerging economy stocks need to recognize the unique conditions of these economies and markets and the opportunities provided by individual companies.

The European recovery from a mild recession has stalled and policy makers are confronted with the ugly specter of deflation. Declining economic realities have been compounded by worries over sanctions and counter-sanctions with Russia resulting in disappointing equity market performance. The future appears brighter. The significant decline of almost 12% in the euro over the past five months should boost exports. Promises of increased monetary stimulus by the European Central Bank (ECB) should help to revitalize growth prospects. Although we do not think 2015 GDP will rise more than 1.5%, many European companies with significant export potential remain attractive.

In conclusion, we think it is especially important for investors to maintain a longer term perspective and not be unduly influenced by shorter term volatility and transitory negative market developments. We recommend investors focus on the economic and market fundamentals, which we continue to view favorably.