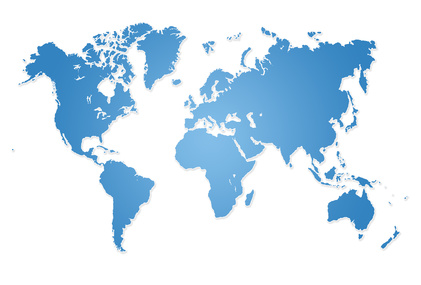 Our intermediate term (6-12 month) forecast for the U.S. and International economies and stock markets remains positive, but we continue to be cautious on the U.S. bond market.

The U.S. economy has entered a soft patch brought on by a combination of debilitating east coast blizzards and a west coast port shutdown. Nevertheless, the labor market has continued to make significant gains with the unemployment rate falling to 5.5%. While a March report from the Bureau of Labor Statistics confirmed the existence of the first quarter soft patch with nonfarm payroll employment growth well below expectations, it still represented a year-over-year increase of over 3 million jobs. We think employment gains and improving economic data will prompt the Federal Reserve to raise interest rates in the second half of the year, but we also think the rate increases will be too modest to negatively impact the recovery from the current slowdown.

The U.S. stock market will be challenged in coming months. One obstacle will be a projected year-over-year 6% decline in S&P 500 earnings in the first quarter at a time when the market itself is, arguably, modestly overvalued. This profits shortfall will, in part, be the consequence of disappointing energy earnings, which are expected to fall 63.5% year-over-year in the first quarter, and the sharp rise in the dollar, which will derail the earnings progress of many U.S. multinational companies. Excluding energy, the estimated earnings decline for S&P 500 companies that generate more than 50% of their sales from outside the U.S. is -1.3% (source: Factset). In addition, many investors are concerned that Federal Reserve rate increases will be a major negative for the stock market.

Despite the economic soft patch and the onset of the above headwinds, the U.S. market will continue to benefit from M&A activity, dividend increases, stock buybacks, and unattractive money market and bond yields. Further, there is a silver lining in the earnings picture. Companies which are outside the oil sector and have reduced international exposure are expected to grow earnings in the first quarter at a 5.9% rate, with more gains projected for the rest of the year (Factset). A gap may well open up between the winners and the losers in the market.

Going forward, we think investors will continue to focus on five salient trends that strongly impacted stock performance in the first quarter:

The combination of a strengthening U.S. economy, which brings with it the prospect of declining unemployment, rising real wages and tightening moves by the Federal Reserve, most likely will lead to a rise in bond yields. The increase, however, is likely to be limited by what we expect to be a cautious rate increase program by the Fed (we project a 0.50% – 0.75% Federal funds rate by year end) and by shockingly low yields in European bonds. As a consequence, we think the benchmark 10-year U.S. treasury yield will rise gradually from its current 1.9% to about 2.5% by the end of the year. We thus recommend short and intermediate maturities and, as always, investment grade quality.