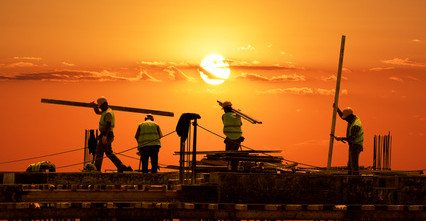 Last Friday, the Bureau of Economic Analysis revised downward its estimate for U.S. first quarter GDP from an initial +0.2% to -0.7%. This negative quarterly GDP reading is the third since 2009, all of which came in the January through March quarter. A similar slowdown in last year’s first quarter was followed by a strong economic pickup, but the incoming data in this year’s second quarter does not indicate a significant snap back. This begs the question: is the U.S. economy slipping into a prolonged soft patch or even something worse?

It is important to recognize that GDP isn’t the only way to measure economic growth, although it is the most widely reported macroeconomic statistic by the financial media. GDP notably includes net imports. Due to the strong dollar, US consumers are inclined to buy more imports and exporters are disadvantaged by rising prices for their products in foreign markets. While the first quarter GDP number appears weak, a positive impact would occur if the dollar reverses, which we expect. Other measures of the economy’s health show a slow quarter, but do not reflect a contraction. GDI, gross domestic income, which measures the sum of all wages, profits, and taxes, minus subsidies grew 1.4% in the quarter. Another economic measure, gross domestic purchases, increased 1.1% in the first quarter.

Economists recognize that the first quarter slowdown was to a significant extent a result of bad weather on the east coast and dock strikes on the west coast. However, the poor GDP number masks the positive longer term economic trends, which will dictate the pace of future growth. The labor market has maintained its strength, with the most recent jobs report showing a 223,000 improvement in April nonfarm payrolls. The unemployment rate, now at 5.4%, has continued its downward trend. The housing market is also a source of strength, consumer confidence remains in an uptrend, and low energy prices should fuel an uptick in consumer spending.

If the positive underlying economic trends continue, which we expect, then it is probable that U.S. GDP growth will accelerate to about 4% in the second half of this year.