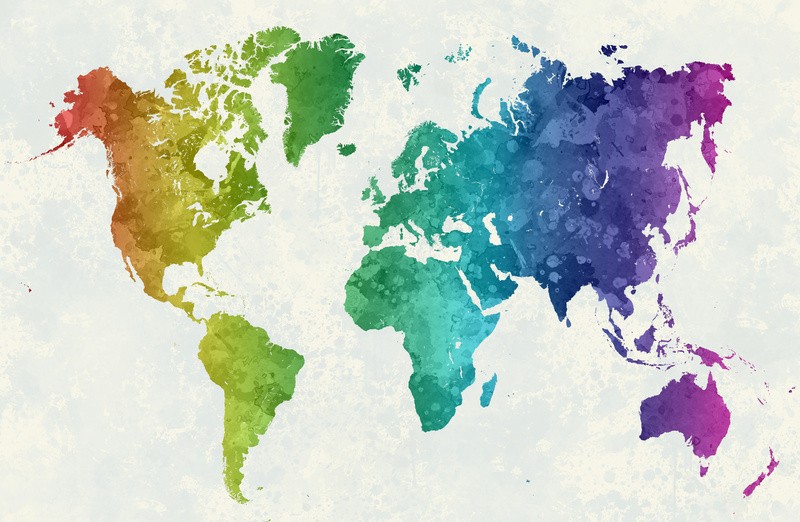 While the decision of British voters to leave the EU (See our blog “‘Brexit’ Vote Stuns World Markets” 6/24/2016) is dominating financial market headlines and churning financial markets, we think this surprising development should be placed within the context of a broader and longer-term framework. Here we remain guardedly optimistic but with modest expectations. The prospect of recession in the global and US economies remains relatively low. On the other hand, we cannot identify a catalyst strong enough to restore the healthy growth rates of the 2003-2007 period. We expect the global economy to limp through 2016 with 2.7% GDP growth, followed by a modest pickup in 2017 to 3.1%. The US economy shows signs of recovering from a first half slump, and we forecast 2.8% growth in both the third and fourth quarters. With growth this anemic, it would not take much for a negative development to threaten a recession and foment turmoil in financial markets. This is possibly the case with the current Brexit crisis. Barring such a worrisome increase in financial market volatility, we project:

We expect the US economy will continue its long, albeit sluggish recovery from the 2008-2009 financial crisis. A hopeful sign is that GDP growth is bouncing back from a weak first quarter, but the economic picture remains mixed. Unemployment is at a very low 4.9%, and wages are slowly rising and consumers have responded by increasing spending. Most notably, the housing sector is also benefiting from the low mortgage rates. On the other hand, manufacturing data for the second quarter came in below expectations, signaling decelerating activity. The 3-month average rate of job growth of about 145k per month declined. All this led to the Federal Reserve’s decision to hold the fed funds rate at its currently near-zero level. Following the Fed meeting in mid-June, the Fed voting members lowered their collective projections for interest rates over the next few years. This suggests a continuation of their accommodative policy that many feared was coming to an end. We think the US will resume its slow but steady growth and GDP will increase 2.8% in both the third and fourth quarters this year. Perhaps more importantly, we do not see a recession happening in the US in this year or next.

Despite the recovery in US stock markets after the recent shock, we are prepared for heightened volatility as investors try to anticipate the Brexit’s impact on global economic growth. While the stock market remains fully valued by some measures, the alternative investments of bonds and money markets are providing near all-time low returns and the US should be relatively insulated from the Brexit fallout. If we are correct that US GDP continues to grow, stocks will move higher as investors anticipate earnings growth. We still think it is reasonable to see a 5-7% gain in the market by year-end, corresponding with a 5-7% rise in corporate profits. The relatively weak economic and profit conditions we anticipate are similar to the situation in 2015 when successful investing depended on identifying the few companies able to sustain attractive earnings and revenue growth. Another appealing strategy is to invest in high dividend stocks which will likely provide a higher yield than bonds and will offer potential for appreciation if bond yields continue to decline. Also important is to avoid bottom-fishing troubled companies and sectors. We remain convinced that this selection process can improve investment returns above general market indexes.

For some time to come, international stock, bond, commodity, and currency markets will be strongly influenced by Brexit developments. We think the political consequences of Brexit will far outweigh the economic impact. Without doubt, Brexit will be a further drag on already low UK and Euro Area GDP growth. Some forecasters are now predicting that the UK will slip into recession by early 2017, but in isolation the global economy can withstand this disruption. The major threat posed by Brexit is its possible repercussions on the Euro Area economy and world financial markets. In particular, there is a rising fear of contagion within the Euro Area involving decisions by other countries to exit the European Union, thereby significantly undermining Euro Area growth. Another worry involves the potential negative consequences on European banks. These and other related concerns increase the level of uncertainty, which is almost always a negative for equity markets. Worth noting is that the beginning of negotiations between Britain and Brussels will not commence until September at the earliest and may drag on for up to two years.

The Brexit threat comes as the world economy is struggling to stabilize following five years of steady decline from GDP growth of 5.1% in the recovery year of 2010 to 3.1% in 2015. In April, the International Monetary Fund (IMF) forecasted global growth of 3.2% in 2016, but in May the Conference Board and in June the World Bank cut their estimates to 2.4%. Brexit will probably reduce consensus 2016 predictions by another 0.2-0.4%. In response to this prolonged period of economic disappointment, the benchmark MSCI All Country World ex-US Index suffered a negative total return of -1.0% for the last six months, which followed returns of -5.7% in 2015 and -3.9% in 2014.

Despite the Brexit uncertainties, we have a modestly positive outlook for the global economy and equity markets during the remainder of 2016 and 2017. We see indications of stabilization in China, where the transition from an investment and export led to a consumer driven economy continues to make bumpy progress. We also expect Brazil and Russia to emerge from recession as they and other commodity export based economies benefit from the 24.2% rebound in the Commodities Research Bureau Index from February 11 through the end of June. We think the world’s central banks will continue their synchronized, aggressively accommodative policies, and prospects are improving that they will get some stimulative support from political policy makers. We accept the view of the IMF that a pickup in 2017 will hinge crucially on rising growth in the emerging economies with only modest assistance from advanced economies. In this event, almost all international stock markets should respond positively, especially the beaten-down, valuation-attractive emerging equity markets.

There are numerous risks to our generally positive global equity market outlook. In addition to Brexit, there are concerns regarding increased net capital outflows form emerging markets, a further slide in China’s economy, the rising frequency and impact of terrorism, protectionist and nationalistic impulses, immigration disruptions and other unanticipated geopolitical disruptions. Near the top of the worry roster is the fear of a return of financial market turmoil, which could drive investors to safe haven assets in a self-reinforcing cycle. There is no room for investor complacency.

Bond market yields in the US and international economies have been dropping to historic lows in response to slowing economies and central bank policies to counteract these slowdowns. At this point, there is an estimated $12 trillion of sovereign debt carrying negative interest rates. One of the salient consequences has been a flow of international funds into US debt markets. For example, the benchmark 10-year US Treasury has within the last week descended to a historic all-time low of 1.37%. The attractiveness of diversified holdings in investment grade bonds with short to intermediate maturities over most so-called bond substitutes is that the former will maintain value if the economy turns down.