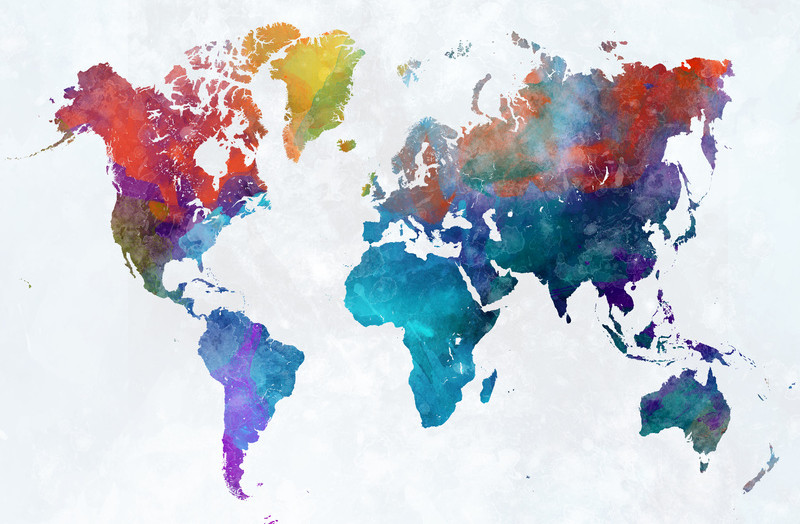 The outlook for U.S. and international economies and financial markets remains positive. Following five years of gradually decelerating growth, the global economy is now poised for a modest acceleration. We expect this pickup to be led by the emerging economies, where we project growth rising from 4.1% this year to 4.6% next year. The advanced countries, including the U.S., are forecast to provide another year of stable, but sub-optimal growth of about 1.9%.

A case can be made for stronger global growth in 2017 if policymakers coordinate their efforts. Central banks are united in pursuing accommodative policies, which are sufficient to buttress their countries’ current growth, but inadequate to jumpstart an acceleration. The prospects for stronger growth thus depend on the adoption of fiscal stimulus measures. Many central bankers, including Chair Janet Yellen at the Fed, have urged politicians to take action. Similarly, the International Monetary Fund has implored governments to lift the burden off central banks and has emphasized that “a combination of near-term demand support and structural reforms to reinvigorate medium-term growth remains essential,”  (World Economic Outlook Update, July 2016). The Economist adds: “Rather than blaming central bankers for the low-rate world, it is time for governments to help them,” (“The Low-Rate World,” September 24, 2016).

Our fairly favorable economic outlook comes at a time when financial market volatility is low. The next hurdles for the markets are the U.S elections and a probable rate hike by the Federal Reserve. Our view is that these events will likely trigger temporary volatility but not have a prolonged negative impact. The combination of a positive economic outlook with a current absence of crises leads to our prediction of modestly improving equity and commodity markets and relatively stable bond and currency markets through the end of the year and into 2017. If the politicians take advantage of extraordinarily low bond yields and respond with synchronized fiscal stimulus packages, significant global stock market rallies could develop.

We think the positive case for U.S. stocks into 2017 is persuasive and includes the following:

On the international stage, the focus will be on the emerging economies as the engines of global growth. Here our upbeat forecast is based on steady GDP growth in China following years of deceleration, stability in the dollar, and further increases in the commodity price rally dating back to late January. The Chinese government’s determination to focus on consumer spending in driving growth has been bumpy but is making progress. We expect consumer spending to increase 10-12% annually for the next 3-5 years. To smooth the transition, the government has also announced added support to investment spending, and the decision to peg the yuan to a basket of currencies rather than the dollar should bolster exports. We continue to estimate GDP gains this year and next to be between 6.5-7%. India’s vibrant economic activity is driven by consumption, which has benefited from lower energy prices and higher real incomes. Its remarkable growth of 7.5-8.0% should continue for the foreseeable future.

Emerging economies dependent on commodity exports could enjoy a surprisingly strong boost from a continued commodity rally. The CRB Index for commodities has climbed over 20% from its low earlier this year and yet remains 40% below its peak of the current economic expansion. Brazil in particular is expected to emerge from recession due to higher prices for oil and other industrial commodities. Already there are signs of rising consumer and business confidence and the Brazilian real appears to have bottomed. Financial markets have cheered positive political changes in key South American governments, such as Brazil, Peru, and Argentina. A major threat to a continued advance in commodity prices would be a significant rise in the dollar. We think this is unlikely if the global economy accelerates. Historically the dollar versus a basket of currencies has declined in periods of accelerating expansion and risen in periods of deceleration and recession. For example, the dollar fell 21% in the 5 expansion years from 2003 through 2007 and 3% in the 2009 and 2010 years of recovery from the Great Recession. Conversely, the dollar rose 20% during the year of recession from February 2008 to February 2009 and 25% during the 5-year period of decelerating global growth from 2011 through 2015. It may be the case that the era of the strengthening dollar has already come to an end: the dollar peaked in March 2015 and as of September 30 was down 4.8% from this high.

Prospects for the international developed economies are more challenging. Japan continues to wrestle with its long term demographic problem and resulting deflationary pressures; the strong yen and absence of structural labor reforms will likely limit growth to less than 1%. We forecast about 1.0-1.5% growth for Europe, which may prove too optimistic if Brexit difficulties emerge. Clearly the major economic impact of Brexit would involve the U.K. and Europe with relatively muted consequences elsewhere, including in the U.S. and China. In a recent update, the IMF estimated the negative global GDP impact of Brexit to be only 0.1% in 2016 and 2017. More worrisome is the possibility that a breakdown in future negotiations could again trigger financial market turmoil, which in turn could have wider and more serious global economic consequences.

The implications of our views for international equity markets are positive. We note that they have advanced every year this century when GDP growth has accelerated. Further, many have declined over the past five years and now offer very attractive valuations. Investors are already responding: the widely used exchange traded fund for developed markets, the iShares MSCI EAFE Index (EFA) has rallied 15% and the iShares MSCI Emerging Markets Index (EEM) has jumped 30% from their respective lows in February. There is, however, still plenty of room for gains. The EFA and EEM are down over 30% from their highs in late 2007 and are off over 15% from their highs in 2014.

There are risks to our outlook. Regarding the U.S. stock market, we acknowledge there is a continuing valuation concern: entering 2016, U.S. stock markets were already fully if not overvalued, and during the last three quarters the market has risen about 7% while corporate earnings have fallen. Further, political uncertainty and potential market turmoil has surfaced in the aftermath of several past national elections and changes in administration. Global stock markets will appear fragile and vulnerable to unanticipated developments until it becomes clear that the deceleration in global growth is ending. Potential threats include a Euro Area banking crisis, excessive use of credit to boost growth in China, a rise in protectionism and currency wars, military escalation and political upheaval in the Middle East, terrorism, climate-related factors, et.al. The list is long, but the antidote to fear is growth.