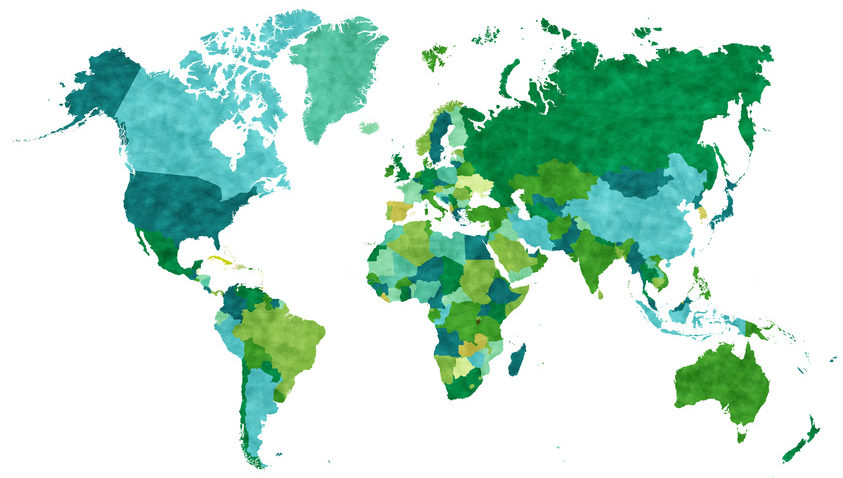 Our positive 2017 outlook for most of the world’s stock markets is based primarily on our expectation of acceleration in global GDP growth from about 2.8% in 2016 to 3.2% next year. The catalyst will be the expectation of a return to growth brought about by stimulus initiatives from key governments and accommodative policies of the world’s major central banks. This will mark the first significant pickup in global growth since 2010, and should diminish the deflationary fears that have been dominant during the past several years. Financial markets have already started adjusting from low global growth, inflation, and interest rates to higher growth and reflation. We expect this trend to continue, but we are aware of potential risks which could alter the positive case significantly.

We expect the S&P 500 Index will mount a 10-12% advance in 2017, which will reflect a U.S. GDP rise from an estimated 1.6% in 2016 to 2.5% in 2017 and a low double-digit spurt in corporate profits. The incoming administration has promised voters it will produce job gains and a boost to growth arising from tax cuts, increased infrastructure and defense spending, and deregulation. The recent jump in consumer and small business confidence and the rally in stock prices to near record highs are signs of elevated expectations. We consider the S&P 500 Index to be fully valued. Thus stock prices will likely rise in line with the increase in corporate earnings.

Conditions could develop where our expectations could be either too optimistic or too pessimistic. The upside to our estimates includes the prospect of “multiple expansion” (an increase in the market’s P/E multiple resulting from stock prices rising more than earnings). Further support of stock prices could come from continued rotation out of bonds and into stocks. Bonds have received large inflows in recent years while equities have experienced consistent outflows. The Investment Company Institute has reported a shift in early December, and this trend may continue if investor confidence in equities remains high and bond prices continue to decline. The most likely and most serious risk to the U.S. market is consternation arising from a highly valued market combining with one or more of the following issues: fiscal stimulus doesn’t meet lofty expectations, inflation runs too hot, trade wars weigh on real GDP growth, and/or the strong dollar negatively impacts U.S. corporate profits.

Heading into a new year, where should investors focus? 2016 witnessed a seismic shift in the relative performance of industry sectors and investment styles, and we expect this trend to extend into 2017. In 2015, when earnings growth was scarce and the threat of recession and bear market was omnipresent, investors favored growth stocks in the consumer discretion, information technology, and health care sectors, whereas the cyclical, economy-sensitive energy, materials, industrial, and financial stocks were out of favor and suffered negative returns. 2016 turned 2015 upside down. Energy stocks surged with the reversal in oil prices, financial stocks soared as inflation and interest rates jumped, and industrials and materials stocks rose in expectation of improving economic conditions. At the bottom of the ladder were growth-heavy consumer and health care stocks. The changed fortunes of the Russell 1000 Growth and Russell 1000 Value Indexes reveal a similar pattern: the Growth Index led by 10 percentage points in 2015, but trailed by 9 percentage points in 2016. These trends indicate anticipation of successful economic changes to come. If the administration’s economic agenda underwhelms or is ineffective and the economy reverts to its prior slow growth, low inflation/low interest rate condition, the trend could reverse once again with serious consequences for unprepared investors.

International economic growth in 2017 is expected to be broad based. Our outlook, in line with the IMF, is that emerging economies will lead the way with GDP growth increasing from 4.2% this year to 4.6% next year. India will again set the pace with a gain of 7.0-7.5%. Most importantly, we think Chinese policy makers will continue to steer its growth dependence away from exports and investments and towards consumer spending without major dislocation. If China’s GDP continues to expand above 6%, as we anticipate, then global commodity prices, the lifeblood of many emerging countries, will likely continue to rise. In particular, we expect Brazil and Russia will emerge from recession in 2017. Economic gains in the developed countries will be more modest. The Euro Area and the U.K. will need to navigate Brexit and hurdle some contentious elections, while Japan will continue its battle against deflation and economic stagnation. These economies will depend on weakened currencies for strength in exports in order to achieve 1.0-2.0% growth. Better prospects exist for Canada (+2.0%), which will be impacted favorably by U.S. growth, and Australia (+3.0%), which will be helped by rising commodity prices.

The 2017 outlook for international stock markets is more favorable than at any time since 2010. Commodity prices (measured by the CRB Index, representing a basket of commodities) have risen in 7 years and declined in 7 years since 2002: the iShares ETF for emerging markets (EEM) has risen in every up year and outperformed the S&P 500 Index in each of these years with one exception. Another positive is that valuations for international markets, and especially emerging country markets, are very attractive following years of underperformance. Our conclusion is that prospects are propitious for double-digit advances in many international stock markets. We share our optimism with the J. P. Morgan Research Team, who foresees a 2017 surge of 16.2% in emerging markets and advances of 10.1% in Euro Area and Japanese stocks.

U.S. bond markets will need to contend with rising inflation and additional rate hikes from the Federal Reserve. The huge surge in bond yields since the summer of 2016, which included a rise from 1.36% to 2.45% in the yield on the benchmark 10-year U.S. Treasury note, has already damaged fixed-income portfolios with long maturities. Heading into 2017, the labor market has already tightened to near or full employment, and the new administration’s agenda is clearly inflationary. Our forecast is a further rise in inflation from an estimated 1.5% this year to 2.5% or higher in 2017. We expect this will push the 10-year Treasury yield above 3.0% by year end 2017 with a spike over 3.5% at some point during the year.

There are risks to any forecast, and some market observers insist that the uncertainties now are so great that predictions are worthless. We agree that uncertainties are greater than in the past, but a well-researched outlook will serve investors well. We have confidence in our outlook, but we acknowledge the need to be vigilant and flexible.