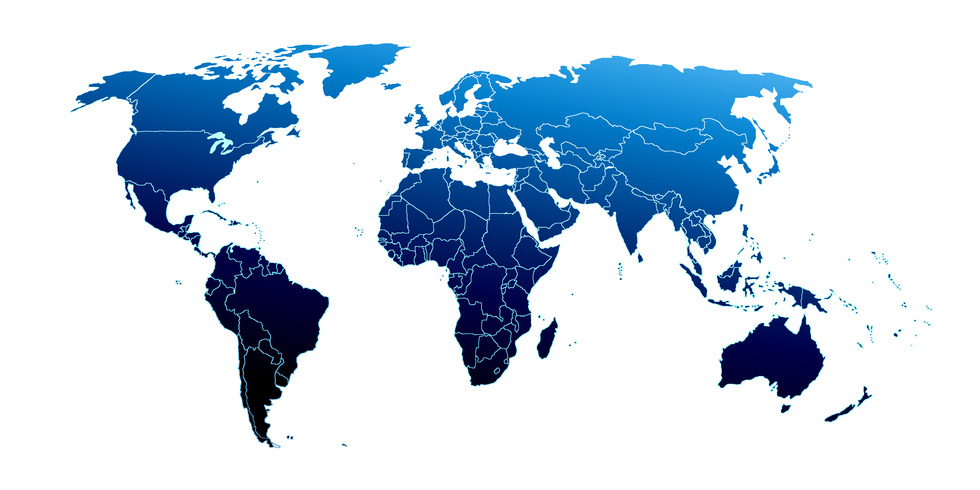 Recent indications of an improving global economy confirm our year-end view that global GDP growth will accelerate significantly in 2017 for the first time since 2010. This growth spurt originated with the bottom in commodity prices in early 2016 and is independent of, but would be further strengthened by, stimulative fiscal initiatives in the United States. Deflation and recession fears have evaporated and financial markets have shifted from expectations of slow growth, low inflation, and low interest rates to predictions of higher growth, higher inflation, and rising interest rates. Almost all the world’s stock markets responded positively to this improved outlook and we expect further advances as the expansion gathers steam. The major threat to the global economic expansion is the specter of protectionism and trade wars.

In a cover story with the headline “On the Up: The World Economy’s Surprising Rise” The Economist (March 18-24, 2017) echoes our forecast: “In America, Europe, Asia, and the Emerging Markets, for the first time since the brief rebound in 2010, all the burners are firing at once.” The lead article highlights progress in the U.S. and across the world’s economies. In Europe, the European Commission’s economic sentiment index reached its highest level since 2011 and Eurozone unemployment is at its lowest since 2009. In Japan, capital expenditure in the 4th quarter rose at its fastest rate in 3 years. The Institute of International Finance reported in January that the developing world hit its fastest monthly rate of growth since 2011. China has clearly stabilized its economy at over 6% GDP growth and has indicated that it will achieve its growth target without additional stimulus. The article also notes that in February, South Korea reported export growth above 20% and Taiwanese manufacturers have posted 12 consecutive months of expansion. In addition, the Brazilian and Russian economies are emerging from several years of recession. Our GDP forecast for emerging economies as a group remains a rise from 4.2% last year to 4.6% this year.

Expectations for the U.S. economy also have risen during the first quarter. Consumer confidence soared to 16 year highs, the Conference Board’s measure of CEO confidence surged, and the NFIB Small Business Optimism Index sustained a level above 105 for 3 consecutive months for the first time in over a decade. While we consider a swell in optimism as a healthy signal, a vibrant economic reality must follow to justify a further stock market advance. The rise in the U.S. stock market would seem to indicate that investors expect the improved sentiment will translate into higher growth in the near future. Recent data support this conclusion. So far this year the ISM manufacturing PMI reached a 28-month high, the ISM non-manufacturing PMI achieved a 16-month high, and year-over-year core retail sales growth of 6% attained a 5-year high, all while the unemployment rate remained at cyclical lows. Though this data paints a rosy picture, there is still room for considerable improvement in the form of increased wages, productivity, and capacity utilization. The U.S. is by no means at peak production, but the evidence of a bona fide economic acceleration is considerable. We reiterate our 2017 U.S. GDP projection of 2.5%, with a possible upward adjustment if fiscal stimulus materializes.

The U.S. stock market continued its advance in the first quarter, with the S&P 500 advancing 6.1%, though March marked a pullback from all-time highs. We consider the recent stock market weakness a temporary phenomenon in a typical bull market and believe a further advance is likely. Our economic growth projections should translate into corporate profit gains for the year of 10-12%, which should diminish valuation concerns. Positive tax reform and deregulation could provide an additional boost. While political headlines may cause temporary stock market volatility, the financial market fundamentals are as positive as they have been since 2010. In addition to an improving economy and a thriving labor market, inflation and interest rates have risen modestly but remain low. The Federal Reserve should still be considered accommodative and the potential interest rate hikes are not expected to threaten economic growth. Dividend increases, share buybacks, and cash reserves support the stock market. Further, bond yields remain low and do not pose a competitive alternative to stocks in a period of high confidence and rising growth.

At the beginning of the year, we forecasted in our Outlook that “the 2017 outlook for international stock markets is more favorable than at any time since 2010” and predicted further that “prospects are propitious for double-digit advances in many international stock markets.” Both the iShares ETF for developed international countries (EFA) and the iShares ETF for emerging markets (EEM) are off to a strong start in the first quarter and we expect further gains by the end of the year. The salient positive conditions include:

Our positive outlook for the U.S. and international equity markets assumes that a host of risks are avoided. These include protectionism and trade wars, destabilizing political events, an inflation scare in the U.S. causing the Federal Reserve to move rates higher more quickly, a deterioration in the Chinese economy, another collapse in commodity prices, and the recent data being just a temporary “strong patch” rather than an acceleration. We do not foresee these circumstances arising in 2017. We remain focused on the incoming data and will offer updates if our outlook changes.

The U.S. bond market landscape has changed little since the beginning of the year. While bond yields have been range bound thus far, rising inflation expectations, stronger global growth, and probable Federal Reserve rate hikes are catalysts to rising bond yields. We continue to expect the benchmark 10-year Treasury Note to move gradually towards 3% by year end. We suggest underweighting the asset class and favor shorter maturities.