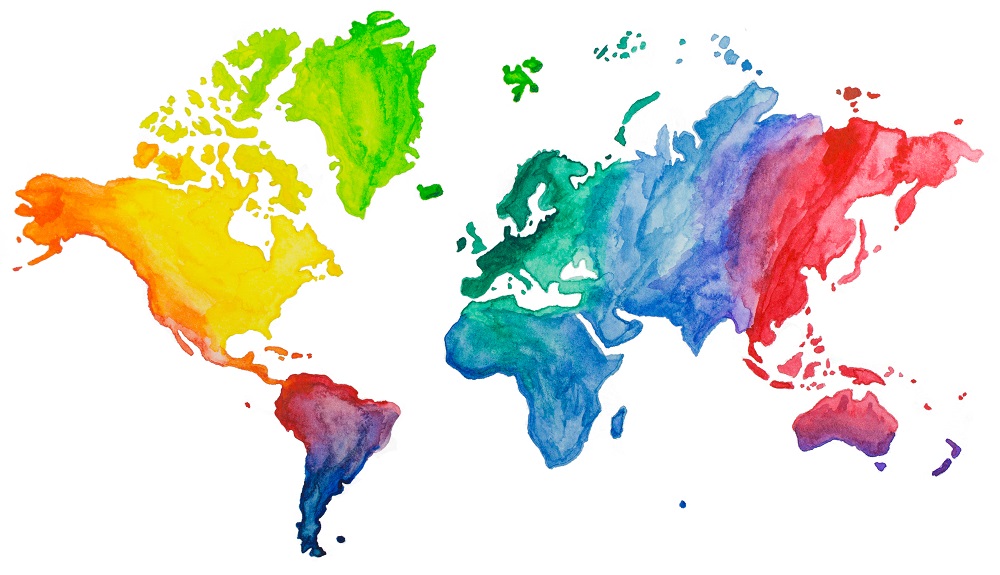 The decade-long global expansion has continued into this year’s second half, led by a robust US economy. While aggregate growth has increased, it has been more uneven than the broad-based acceleration last year. Several key economies slowed from their 2017 pace, notably the Eurozone, Japan, and the UK. Looking ahead, we agree with the IMF’s projection for global GDP to rise 3.9% in 2018 and another 3.9% in 2019. The challenging stock market conditions of the first half of the year began to abate in the third quarter as many of the major fears of investors subsided: inflation did not spike, global growth did not weaken, and the US dollar paused from its rapid rise. The US stock market responded especially positively, backed by corporate profits in excess of 20% through the year’s first six months, over $1 trillion in scheduled buybacks and dividends, and still limited competition from bonds and money market funds. However, the global trade situation deteriorated more than expected, which continued to put pressure on international equities and elevate uncertainty. In the short-term, we think that global stock markets should trend higher, reflecting healthy fundamental financial conditions. On the other hand, the road ahead will include increased volatility as risks of policy errors rise.

The US economy has been outstanding, with quarterly real GDP growth of over 4% for the first time since 2014. Employment data continues to be very strong, small business and consumer confidence readings are at or near multi-year highs, and manufacturing surveys show a sustained expansion. Consumers, invigorated by lower tax rates and favorable employment prospects, are spending at a rapid clip with retail sales +5.2% so far this year. Despite this auspicious backdrop, an increasing number of CEO’s and managers are cautious about next year, citing trade tensions and labor shortages. Tariffs have the same effect as increasing taxes on US companies and this extra cost pressures profits. Finally, we are watching closely the housing market, which has seen a year-over-year decline in existing-home sales and new home construction, and a pickup in foreclosures. We do not consider this to be a red flag at current levels as this hiccup is far from the extreme depths of past crises, but a continued slowdown will be a drag on the otherwise stalwart economy. We reiterate our expectation for the US economy to continue its above-trend growth in 2018 with a more moderate increase in 2019.

The major US indices fully recovered from the market correction in early 2018 and set new all-time highs in the third quarter. We think the US market remains promising in the short-term, bolstered by a strong economy, rising corporate profits, and record stock buybacks and dividends. S&P 500 company earnings soared over 20% in the first two quarters of 2018, and analysts project a 19.3% and 17.2% rise in the third and fourth quarters respectively. Initial estimates for 2019 are also propitious, with a further 10.3% rise expected. Though stock market indices have risen, equities have not kept pace with the surge in company earnings. This development results in lower, more attractive, valuations than this time last year. With record levels of stock buybacks providing a steady stream of buying activity and the relative unattractiveness of bonds and money markets, near-term fundamentals are compelling. However, the recent recovery in the market hasn’t been as strong as it appears on the surface. Small cap stocks fell -3.2% in September, and a majority of the positive S&P 500 gain so far this year has been concentrated in just a select few mega-cap companies. A healthy market includes broad-based participation. We will be monitoring this developing scenario carefully. A further narrowing in the stock market would warrant more caution.

A refrain echoed by many investors and the financial media is that the bull market has gone on so long that it must end soon. We reject the notion that a bull market can end simply from old age. Instead, there needs to be a catalyst that brings on a sustained and substantially negative stock market. Often, that trigger is a recession. There are two prevailing narratives that the Marietta investment team considers most likely to cause the next bear market. First is that the US economy will heat up too much too fast. If US real GDP continues to rise 4% per quarter, the growth probably will be accompanied by higher wages and inflation. In response, the Federal Reserve may ratchet up interest rates faster than the market expects and slow down the economy, ultimately causing a recession. The second scenario is that the boost from tax cuts will be ephemeral, growth will slow to a crawl, the huge budget deficit will cause borrowing costs to rise, and the next recession will be ushered in with fiscal austerity and trade wars. To be sure, we do not think that either of these scenarios will come to fruition in the next 3-6 months. However, we are scrutinizing data daily to see how the economic and financial picture changes.

In contrast to US equities, most international stock markets did not rebound in the third quarter with the MSCI All-country World Index (ACWX) providing a paltry 0.9% total return, still down 9.9% from the January highs and -3.1% year-to-date. Advanced economies have produced a lower GDP output than expected in 2018 but are still showing improved incremental growth. Emerging economies have enjoyed stronger growth from oil exporters as the price of oil has risen but complications with the strong dollar have caused some financial stress in countries with high debt levels. Tax relief has not benefited overseas corporations, so their steady 5%-8% projected profit growth pales in comparison to their US counterparts. The use of tariffs as a tool to gain trade concessions has also soured investor sentiment toward international investing, exacerbated by the escalating tensions between the US and China.

The underlying economic situation in international economies is not, in fact, bad. Inflation is low and stable in key countries and purchasing manager index data supports further expansion. International equities offer a significant discount to stocks in the US, and in many cases, even more so now than at the beginning of the year. The fundamental backdrop for international stock markets would be attractive in isolation. However, they have been buffeted by macroeconomic obstacles while the US stock market has been insulated from the negative sentiment thus far. This prevents us from having a more optimistic outlook for international equities. Currency stabilization and proactive budgetary reforms in certain countries would be a good step forward, but for the lid to lift off international equities we think that a resolution to the trade war with China is required. If this occurs, we think investors will witness a swift and significant rise in international stock markets.

Bond yields have moved steadily higher, with benchmark 10-year US treasuries reaching levels not seen since 2011. The upward swing in yields corresponds with the Federal Reserve raising short-term interest rates an additional 25 basis points each quarter thus far in 2018. The result has been that longer-term bonds have provided negative year-to-date returns, while those with shorter duration have outperformed. For example, the Bloomberg Barclays US Aggregate 1-5-year bond index was nearly flat with a -0.1% return, while the Bloomberg Barclays US Aggregate Credit 5-10-year index declined -2.0%. We expect this trend to endure in the short-term and continue to recommend buying high quality and maturities of five years or less. We think that patient investors will be able to purchase bonds with higher yields at year-end.