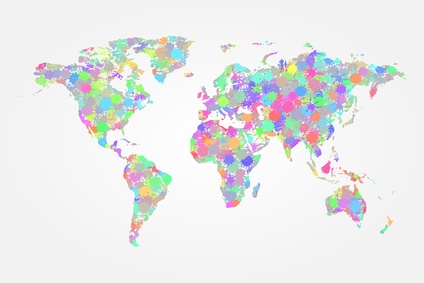 From all of us at Marietta, we wish you and your families a happy and healthy 2015. As we look ahead to the coming year, we highlight the main themes from our Outlook:

The U.S. economy enters 2015 with its strongest momentum in over a decade. GDP growth of 5% in the third quarter is the largest increase since the third quarter of 2003, and the fourth quarter could mark the third consecutive quarter with growth above 4.5%. Our projection of 3.5% growth in 2015, which would be the largest annual increase this century, may prove too conservative. According to the Bureau of Labor Statistics, total non-farm payroll employment rose by 321,000 in November, and comes on top of an average monthly gain of 224,000 over the prior 12 months. The unemployment rate has declined from 7.0% in November 2013 to 5.8% in the latest survey. We expect monthly jobs gains above 225,000 in 2015 to lower further the unemployment rate to levels resulting in wage gains, thereby increasing middle class participation in economic growth. The dramatic plunge in the price of oil will provide an additional boost to consumer spending and also contribute to a broader social base for growth.

There are downside risks to our otherwise positive U.S. forecast. Three possible developments are most noteworthy. First, the Federal Reserve may be too aggressive in raising rates. Our view remains that the Fed, and in particular Chair Yellen, is committed to preserving the recovery and will be very cautious in raising short-term rates to only about 1% by the end of 2015 (see our blog “All Eyes on the Fed,” 9/12/2014). Rather, we think it is more likely that the Fed will be too hesitant rather than too aggressive. Second, the sharp drop in oil prices, which will benefit consumer spending, may severely hurt the U.S. oil industry, a key factor in supporting the economic recovery the past 5 years. We do not think the industry will be irreversibly damaged, but we do not forecast a significant oil price recovery in the near future (see our blog “Oil Spills: Winners and Losers,” (12/4/2014). Third, the recent slowdown in the international economies, especially Europe, Japan, and China, could intensify and hamper U.S. growth. Such a downturn, coupled with the strong dollar, would surely have a negative impact on U.S. exports, which accounts for about 13% of GDP. To the contrary, our view is that these slumping economies will recover rather than deteriorate in 2015.

Our key observation regarding the U.S. stock market is that it is poised for a sixth straight year of gains. The economy is accelerating and broadening, corporate profits are strong and above consensus expectations, inflation and interest rates are low, money-market funds and bonds are relatively unattractive, huge corporate cash coffers will continue to fund dividend increases, stock buybacks and M&A activity, the strong dollar is attracting foreign money into U.S. stocks, and valuations are reasonable. We expect the US market to rise 6-9%, in-line with corporate earnings. Our second observation is that the stock market will be more volatile. We anticipate a correction of at least 10% at some point during the year; we advise patience, discipline, and a 6-12 month perspective in responding to momentary market disruption. Third, we expect the economy-sensitive stocks of companies that provide goods and services to the domestic economy to outperform the multinational exporters.

The major international economies were disappointing in 2014, which contributed to disappointing equity markets. As the year came to a close, Europe was on the brink of recession and threatened with deflation, Japan’s recovery had faltered, and China’s growth had decelerated to its lowest level in 15 years. The vibrant U.S. economy and the weak euro and yen will help stabilize these second, third, and fourth largest economies in the world, but what is really needed is more growth-oriented policies from politicians and central banks. The ECB is prepared to embark on a massive quantitative easing program, likely to be announced in the first quarter, and Japanese Prime Minister Shinzo Abe has indicated that he will delay a sales tax hike and will continue with Japan’s unprecedented monetary stimulus program.

From May 1, 2013 through December 31, 2013, the yield on the benchmark 10-year U.S. Treasury note soared from 1.63% to 3.03% after then Fed Chair Ben Bernanke announced that the Fed would soon begin slowing the pace of quantitative easing. The near-unanimous forecast last year was that bond yields would rise further in 2014 as the Fed carried out its tapering policy of cutting back on its $85 billion per month bond purchasing program. Instead, the 10-year yield at the end of 2014 fell to 2.17%. A major contributor to this surprise was the collapse in the yields of European sovereign bonds as their economies weakened and deflation risks arose; the strong dollar was an additional reason for foreigners to buy U.S. bonds. The Fed rate hikes, a strengthening economy, and a moderate pickup in inflation should push yields up in 2015, but the strong dollar coupled with accommodative foreign central banks will likely continue to limit the increase. We expect the yield on the 10-year Treasury note to rise slightly from current low yields with the result that 2015 will be another year in which stocks outperform bonds.