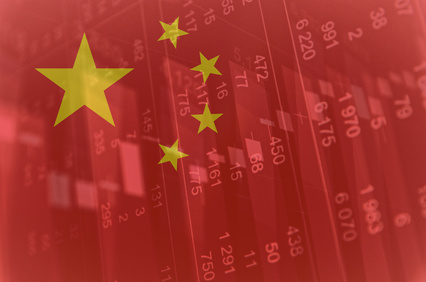 In our October 1 Outlook, we rejected the then fashionable prediction of a hard landing for the Chinese economy and, rather, we forecasted GDP growth accelerating from 7.4% in this year’s 3rd quarter to about 8.5% in 2013. Since then there have been numerous indications that this economic rebound is already underway and is gaining momentum. Investors have taken note. The iShares FTSE China 25 exchange traded fund (FXI), which represents the performance of 25 of the largest company stocks that are available to international investors, has jumped 22.0% since September 5, whereas the S&P 500 Index has mustered only a 1.9% gain. We think the Chinese economy has turned the corner, and in 2013 its stock market will likely lead other emerging economy markets to a strong absolute and relative performance.

Earlier this year, the Chinese economy was slumping in response to aggressive steps taken by policy makers in 2011 to curb rising inflation. As the consumer price index retreated from over 6% in 2011 to below 2% by last September, the government increasingly shifted to accommodative policies of tax reductions, interest rate cuts and infrastructure investments. International Strategy and Investment (ISI) in November counted 63 stimulative policy initiatives over the prior year. They are clearly having an impact following a 7-quarter slowdown:

Heading into 2013, the Chinese economy has the strong support of the new political leadership in Beijing as well as considerable momentum. The government’s preoccupation with economic prosperity is rooted in their conviction that economic growth and political stability go hand in hand. They know that they can no longer rely on robust U.S. and European demand for Chinese exports to create adequate employment demand. A recent study by the Boston Consulting Group concludes that the potential is huge: by 2020, the middle class in powerhouses China and India is estimated to reach 1 billion and consumer spending is expected to triple to a combined $10 trillion a year.

Not surprising is the rising optimism for China’s economy and stock market. A poll of 862 international investors taken by Bloomberg in November indicated that confidence in China’s economy is at the highest level in more than a year: 72% of respondents see the economy improving or remaining stable – up from 38% in a September survey. They also view the Chinese stock market as the 2nd more attractive (behind only the U.S.) in 2013.