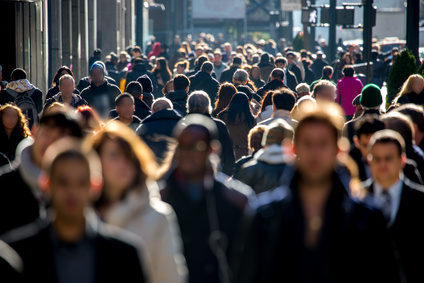 In each of the last 3 years, the global economy started the year with a burst of momentum, lifting global stock markets. In each of these years the U.S. and international economies subsequently hit a spring and summer “soft patch” resulting in double digit declines for global market benchmarks. Building evidence that the leading economies of the world are once again experiencing a “soft patch” has understandably created concerns that another sharp correction in equity markets may be imminent. A correction is always possible, especially following the hefty gains registered since last September. Nevertheless, we confirm the view in our April 3 Outlook that this economic “soft patch” will likely be short and shallow, and that markets will enjoy strong rallies as the year progresses (as in each of the past 3 years). We are reducing modestly Marietta’s 2013 global GDP forecast from 4.0% to 3.7% to adjust for the current slowdown, but maintaining our outlook of 4.5% in 2014. We also anticipate a further advance in global stock markets next year as economic growth accelerates.

Evidence of a developing global economic slowdown is widespread, although the deterioration seems less troublesome than in past years. In the U.S., employment data shows that in March employers added the fewest workers in 9 months. March retail sales suffered their biggest drop since June 2012. Regional manufacturing reports also reveal disturbing trends. First quarter GDP growth of 2.5% came in below consensus expectations of 3.0%. The situation in Europe is more worrisome: auto sales are disappointing, manufacturing is weakening, construction is slumping, and unemployment has risen to a new high. Some of the stronger economies, such as France, are teetering on the brink of recession, and the slump in the peripheral countries of Greece, Portugal, Italy, and Spain is deepening. Even the fast growing, leading emerging economies are exhibiting problems. Disappointing GDP and manufacturing data in China have again kindled fears of a hard landing (see our 12/24/12 blog Chinese Economy and Stock Market Rebounding). In Brazil, sliding consumer confidence and rising inflation and interest rates have prompted economists to scale back their growth estimates for the year. Commodities are a good measure of the pulse of the global economy, and they have been sliding since February.

The causes of the current “soft patch” vary from country to country. In Europe, the Cyprus debt crisis and continuing political and economic uncertainty in Italy, Spain, and Greece are causal factors, but the primary culprits are the government austerity programs. We attribute the slowdown in China to the bumpy progress of the government in shifting the focus of economic growth from exports and infrastructure to consumer spending. The U.S. slump is attributed to a variety of causes, although it must be noted that there are economists who claim that the statistics are based on faulty seasonal adjustments and there is, in reality, no “soft patch.” We think the slowdown is real, and we blame it primarily on the expiration of the payroll tax cut and the higher income taxes on affluent Americans. In combination, they will cost taxpayers some $150 billion this year. The government’s sequester, which kicked in on March 1 and will cut spending by about $85 billion this year, is also a brake on growth. Any discussion of the ebbing strength the U.S. economy must include the lack of business confidence. Businesses are sitting on record piles of cash ($1.8 trillion in U.S. corporations listed on the major stock exchanges) and are evidently too uncertain about the future economy to invest in new plants and/or employees. In our view, political gridlock in Washington, federal fiscal irresponsibility, and excessive regulation all contribute to this reluctance to invest in the future.

Our positive forecast, then, is based on a future improvement in the confidence and optimism of business in the leading economies. This is the role of the policymakers, and we think they will respond appropriately. The major supports for future global growth are the world’s central banks, which are moving decisively forward with accommodative policies. International Strategy and Investment (ISI) has counted 379 stimulative policy initiatives around the world over the past 20 months. More is coming. A decline in global inflation, in part a beneficial byproduct of the decline in commodity prices, is providing central banks, particularly in the U.S., Europe, and China, with a green light to proceed. The Federal Reserve has stated repeatedly its determination to keep rates low until unemployment, now slightly below 8%, drops to at least 6.5%, and on May 1 indicated its willingness to increase its pro-growth activities if the economy falters. The most recent convert to a pro-growth policy is the European Central Bank (ECB), who cut interest rates on May 2 in response to a drop in inflation below 2.0% and a rise in unemployment above 12%. The next central bank to join the parade may be India. The Economist (April 6, p. 14) summarized the synchronized recovery program:

“The message from the rich world’s central banks is clear: the era of ultra-loose monetary policy is
here to stay.” The full impact of these unprecedented stimulus measures, which typically takes 6 months or more to have full effect, is unclear but, in our opinion, is decisive.

Recent developments in Japan are instructive. Prime Minister Shinzo Abe has urged the Bank of Japan (BOJ) to combat decades of deflation by engaging in monetary easing designed to raise inflation to at least 2%. The BOJ has responded, and the key consequence has been a dramatic decline of the yen, which in turn has increased significantly the competitiveness of Japanese exports. In a different economic environment, Japan would be condemned as a currency manipulator. In today’s growth threatened world, however, the International Monetary Fund, the World Bank, and the G20 leading economic countries have expressed support for the BOJ. At home, the Japanese stock market has surged, consumer confidence is at a 6 year high, retail sales are rising, exports are rebounding, and Abe’s approval rating has soared to a record 76%. Politicians and central banks around the world are taking notes.

Politicians in the U.S., Europe, and other countries are jumping off their austerity platforms and onto the growth bandwagon. Partisan bickering over taxes and budget deficits among U.S. politicians has cooled and compromise to limit the negative consequences of sequester is increasingly in vogue. In Europe, the severe and immediate austerity policy championed by Germany has come under attack. The views expressed by The Economist are gaining adherents: “In Europe the combination of a timid ECB,
harsh austerity and minimal structural reforms is not giving growth much of a chance” (April 6, p. 16).

We are not depending on the policy makers alone to lift the U.S. economy. In addition to the quantitative easing activities of the Fed, the strengthening housing market and the rising stock market are bolstering growth. The rise in residential real estate prices, which in February increased year-over-year by the most since May 2006, is especially encouraging.  Housing lifts employment, consumer net worth, and consumer and business confidence. The same is true of rising stock prices. In combination this “wealth effect” helps account for last month’s jump in consumer confidence. Most investors believe the stock market is itself a forward indicator of the economy’s future, and today the S&P 500 Index closed at an all-time high with a gain of 12% since the beginning of the year. Clearly, investors are not overly worried.

Assessing recent trends and developments, the IMF in April released its updated Overview of the World Economic Outlook, which we consider positive and supportive. Although the IMF reduced its global 2013 GDP projection from 3.5% to 3.3%, they left in place their 4.0% estimate for 2014. All of the key economies, including the U.S., Euro-Area, Japan, China, India, and Brazil, are expected to achieve higher growth next year than this year. In particular, U.S. growth is forecast to rise to 3.0% and China to 8.2%. Even Italy and Spain are expected to emerge from recession. We detect a note of relief at the IMF. Looking back on 2012, they began their report: “Activity has stabilized in advanced economies and has picked up in emerging market and developing economies, supported by policies and renewed confidence.”

In each of the past 4 years we have posted a blog regarding the then current “soft patch,” and in each case we predicted (correctly) an economic and market recovery. We again counsel investors to exercise patience and remain cautiously optimistic.