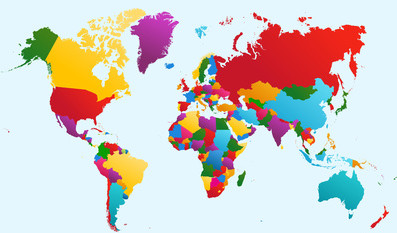 We remain comfortable with our positive, upwardly revised October 1 Outlook. We continue to forecast acceleration in global GDP growth to 4.1% in 2014 from an estimated 2.9% in 2013, and this pick up is expected to be broad based with contributions from each of the four leading economies (the U.S., Europe, China, and Japan). The world’s major stock markets have advanced in every year this century when GDP has accelerated, and 2014 should be no exception. Stocks of well-established, economy-sensitive U.S. and international companies are expected to lead the advance; they are best positioned to benefit from economic tailwinds and achieve above-expectation revenues and earnings. 2013 was as disappointing for bond investors as it was rewarding for stock investors, and 2014 is predicted to be a repeat of 2013: a strengthening U.S. economy combined with the Federal Reserve’s policy of winding down its bond purchasing program will likely continue to push bond yields up (and prices down). We continue to recommend short and intermediate maturities in bond selection.

Last year’s 3rd quarter acceleration in global economic growth, which was highlighted in our October 1 Outlook, continued through the 4th quarter and establishes considerable momentum entering 2014. In the U.S., our prior forecast of 3.0% GDP growth next year from this year’s estimated 1.7% advance may prove too conservative. Recent favorable economic data, which include an upward revision in 3rd quarter GDP from 3.6% to 4.1%, are encouraging. Additional positive developments are the mid-December congressional budget compromise, which reduces sequestration drag and the likelihood of a government shutdown and/or default crisis, and the Federal Reserve’s vote of confidence in the economy by commencing its tapering policy in December.

Europe and Japan, with active support from their politicians and central banks, continue stimulus efforts with modest but promising success. We project 2014 growth rates of 1.5% in Europe as economies recover from a mild 2013 recession, and 2.0% in Japan, which should finally escape from decades of deflation and stagnation. The major threats to global growth are the major emerging economies. The new Chinese leadership is attempting to maintain 7.5% growth even as they rely less on investment and more on consumer spending to reach their target. Another concern is excessive local bank loans, which the People’s Bank of China needs to remedy without depressing growth. India, Brazil, Indonesia, South Africa, and Turkey, who are struggling with slowing economies and inflation rates above 5.7%, are also vulnerable to currency declines and capital flight arising from the U.S. Fed’s tapering policy. As an offset, export-oriented emerging economies will be major beneficiaries of a strengthening global economy.

The positive case for the U.S. stock market in 2014 is presented in a December 16 blog on our website. Our forecast of a probable return of 7-9% for the Standard & Poor’s 500 Index rests on a combination of economic and market conditions and developments. Corporate profit growth of 7-9%, which is consistent with our projection of 3% GDP growth, coupled with low inflation and very low short-term interest rates are expected to provide a favorable market backdrop. Additional supports for stock prices are a reasonable market valuation, the relative unattractiveness of bonds and money-market funds, and high corporate cash balances (which can fuel dividend increases, stock buybacks, and merger and acquisition activity). In 2012 and 2013 the S&P 500 Index gained almost 50% without a 10% setback; this has convinced some market commentators that the U.S. market is ripe for a correction. Our view is that such a correction, if it occurs, should be viewed as a buying opportunity unless there is a significant change in the currently propitious economic and market conditions.

An expanding global economy in 2014 will provide many international and U.S. multinational companies with opportunities to increase significantly their revenues and earnings. Most attractive, in our view, are companies with considerable exposure to the rising consumer demand in the emerging economies. Although the leading emerging stock markets were depressed in 2013, and may continue to disappoint as the Federal Reserve rolls out its tapering program, their economies have been and will continue to be the drivers of global growth. Our forecast for emerging economy GDP growth in 2014 is 5.4%, which is modestly above the 5.1% and 5.0% estimates of the International Monetary Fund and Merrill Lynch Global Economics Team respectively. A 2012 study by the Boston Consulting Group estimates the middle classes in China and India will reach 1 billion by 2020, at which time their consumer spending will have tripled to a combined $10 trillion a year. Brazil’s middle class has grown from 42% to 56% of the population over the past decade, and the country now has the world’s 5th largest domestic market. Multinational corporations will continue to be drawn to the emerging economies.

No relief is in sight for the beleaguered U.S. bond market. Barclay’s Aggregate U.S. Bond Index was down -1.8% in 2014, which marks only its 3rd negative total return year since records began in 1976. The prospect of further losses seems likely, now that the Federal Reserve has begun to back away from quantitative easing, which artificially depressed yields. We attribute this year’s increase in the yield on the benchmark 10-year U.S. note, which soared from 1.62 in May to 2.89% on December 18, primarily to an expectation of Fed tapering. A further jump to 3.50% in 2014 is possible as the Fed pursues its policy. Holders of short maturity bonds will welcome such an increase, which would make possible a rolling over of maturing bonds into higher yields.