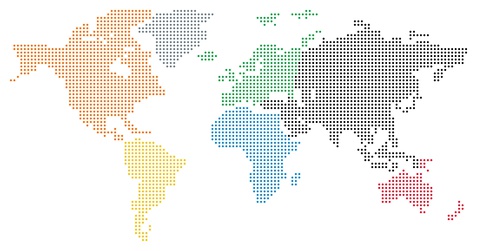 The intermediate and longer term outlook for the global economy and stock markets is improving, but near-term obstacles remain:

Following a winter hibernation, U.S. consumers have awakened with renewed confidence and an urge to spend. The Commerce Department on June 11 reported that May retail sales rose at a 1.2% annual rate following a sluggish 0.2% gain in April. The latest University of Michigan consumer sentiment index has resumed an uptrend that had been temporarily disrupted in the first few months of 2015. Rising home sales and prices also point to a confident consumer. After years of stock market and home price gains, the wealth effect will contribute directly to spending. Consumption accounts for about 70% of U.S. GDP, so consumers will move the U.S. towards a strong second half expansion. 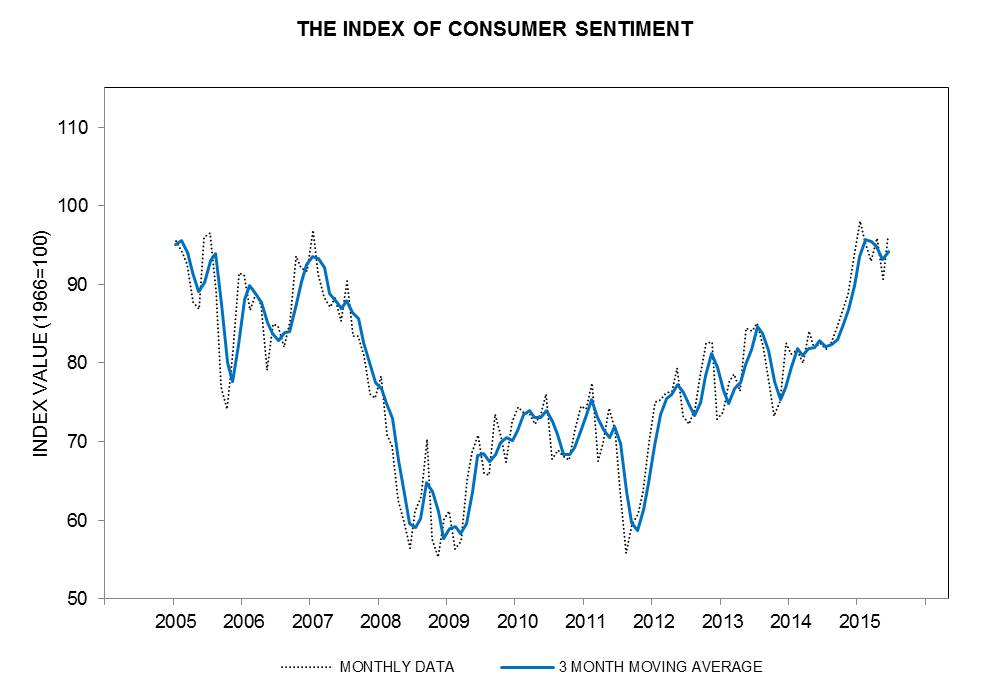 We expect a consumer led economic acceleration will be the key ingredient supporting a renewed advance of certain sectors of the U.S. stock market. We pointed out in our January Outlook that the market was fully valued and would need a boost in earnings to advance. This did not happen in the first half of the year and the S&P 500 Index mustered only a meager 0.2% gain. Our view is that consumer-related stocks, especially those that are economy-sensitive and related to the housing and home improvement industries, will be among the leaders of an earnings-driven second half market advance. We also continue to emphasize trends identified in our April Outlook that favor healthcare stocks, but disfavor the energy sector, large multinationals damaged by the strong dollar, and higher dividend stocks impacted negatively by rising bond yields.

Some investors fear that an imminent Federal Reserve rate hike, most likely in September, will trigger a U.S. market downturn. They point out that the last three times the Fed raised rates, the S&P 500 was lower three months after the initial move. We also think the improving economy will result in Fed action in September, but we do not think that the U.S. economy or stock market will suffer. First, the Federal Reserve and its Chair Janet Yellen have emphasized repeatedly that they will proceed slowly and cautiously, and are very sensitive to the reaction of the economy and markets to their actions. Second, this will be the most prolonged and widely anticipated Fed policy shift in history, and presumably the markets will factor this in well ahead of the event. We conclude that a market correction resulting from the rate hike would be a buying opportunity.

The conditions in the Euro area and Japan are gradually improving. Their central banks have launched aggressive initiatives designed to combat the threats of recession and deflation. In both cases, these heavily exporting economies will also benefit from significantly weaker currencies. Equity markets are attractively valued and stock opportunities are numerous. First, however, concerns for the Greek crisis must (and we think will) be subdued. We do not expect to see a permanent solution to the Greek debt problem, which we think will be thorny for years to come. Nevertheless, the potential negative consequences for financial markets have been significantly reduced. The fear of contagion into Portugal, Spain, Italy, and Ireland, which once roiled markets, has been all but eliminated and the vulnerability of Euro area banks to a Greek default is now minimal. Although we expect the continuing Greek dilemma to have substantial psychological and political impact for European leaders, it should not have lasting economic or financial market duress.

The emerging economies, which a decade ago shared a common economic and financial market condition, now are vastly disparate. This year, India’s GDP growth will be the highest in the world, whereas Russia and Brazil are close to recession. Further, both the International Monetary Fund (IMF) and the World Bank have urged the U.S. Federal Reserve to delay a rate increase on the grounds that this action might be extremely damaging to emerging economies, in particular Brazil, South Africa, and Turkey. We recommend avoidance of these markets until their economies have improved and the threat to currency and inflation from Fed rate hikes has been eliminated. All eyes are on China. We have pointed out in past Outlooks that the Chinese policy makers are determined to reduce the reliance on exports and government promoted investment as the major engines of economic growth, and rather to shift toward consumer consumption. This process has been expected to be difficult and uneven, and their economy is currently undergoing a significant slowdown. Clearly, the leadership is sensitive to unacceptably slow growth and is prepared to do whatever it takes to stabilize the faltering economy and sagging Chinese stock market. We think they have the ammunition and the determination to be successful, but in the near term Chinese investments are likely to be volatile.

We have long been reluctant to recommend bonds in part due to low yields,in part due to our expectation of rising bond yields (and declining bond prices), and in part due to more favorable conditions for common stocks. Our views have not changed. A normalization of bond yields, which in time would accompany a normalization of inflation (which we anticipate will take place in 2017), is more detrimental to longer maturity bonds, and hence we continue to recommend short to intermediate maturities. We are convinced that a return to 4-5% over time for medium and long term rates would be beneficial to the economy and investors.