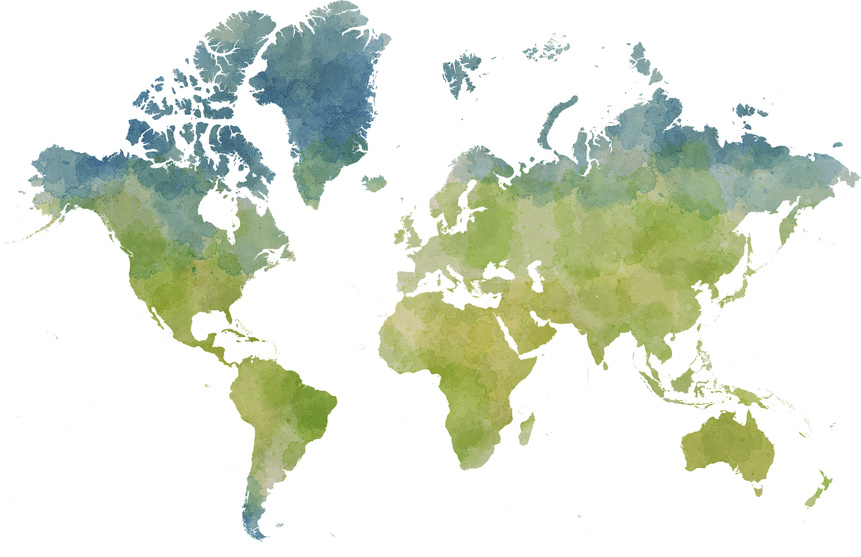 We now have entered a relatively calm investment world, admittedly of uncertain duration, marked by reduced fears yet diminished expectations. Increased volatility could reemerge at any time due to a variety of catalysts, including concerns regarding U.S. Federal Reserve policy, strength in the U.S. dollar, China’s economic growth, and falling commodity prices. Nevertheless, our following observations are based on an expected continuation of the current conditions. From this perspective, the most probable scenario going forward is an extension of many of the basic developments that marked 2015:

Our forecast also anticipates a resumption of growth stock leadership.  In recent months, markets were driven by macroeconomic fears that disfavored quality growth stocks (see our blog “Shifting Tides in Global Stock Markets” 3/24/2016). We now expect investors will return to stocks of the relatively few companies able to deliver attractive and consistent revenue and earnings advances in a slow but stable growth world. We explored the contours of this economic and financial market landscape in our January 8 Outlook, and our current Outlook is essentially unaltered.

The positive news is that global economic growth is not deteriorating and the probability of a U.S. and global recession remains very low. The negative news is that the U.S. and most developed international economies are stuck in a disappointing, slow growth gear despite the stimulative efforts of key central banks (including the Eurozone, Japan, China, and India).  An encouraging development supporting the view of improving global conditions has been a significant recovery in commodity prices from heavily depressed levels. We are maintaining our estimate of 2.9% global GDP growth in 2016, which is below the latest International Monetary Fund prediction in January of 3.4%. International growth will continue to be led by China (6-7%) and India (7-8%), but with only a limited contribution from Europe (1-2%) and no help from Japan (0%).

Early in the 1st quarter, there were widespread fears of an imminent U.S. recession, which we rejected in a January 14 blog “Global Stock Market Turbulence: An Excess of Anxiety.” We further argued in a February 23 blog “The Health of the U.S. Economy: No Recession in Sight,” that the American consumer was healthy and would continue to support the economy. The national media is now drawing attention to improved conditions. For example, the Milwaukee Journal Sentinel April 2 front page article with the headline, “Reports Point to Robust Economy,” highlights positive March data:

A negative view is that the U.S. Federal Reserve, now in the process of lifting short-term rates, is a threat to the economy. To the contrary, we think that current rates, which are near historic lows, should be viewed as very accommodative. Also, the Fed has calmed investor fears by indicating its sensitivity to U.S. and international economies and financial markets. The Fed will probably lift rates modestly in June, but this is not likely to derail the economy or severely disrupt markets. We maintain our 2016 U.S. GDP estimate of 2.5%.

As in 2015, near-term U.S. stock market gains will likely continue to be limited by an expected meager profit advance reflecting a year-over-year rise in the dollar and low energy prices. Later this year, however, multinational and energy company profits will benefit from cost adjustments and reduced headwinds. Also, the overall economy will likely strengthen modestly later in the year.  Our estimate for 2016 S&P 500 Index corporate earnings ex-energy is 6-8%. We have emphasized in past outlooks that a period of overall low profit growth can be very beneficial for the stocks of growth-oriented companies able to sustain attractive revenues and earnings. Barron’s summarized this view succinctly: “current conditions… are just about perfect for high-quality stocks.”

International stock market prospects vary significantly from country to country. A dramatic development in the 1st quarter was a surge in the commodity-exporting, emerging stock markets. The leading ETF for emerging markets, the iShares EEM, jumped 21.2% from January 20 through the end of the 1st quarter, supported by a recovery in commodity prices and currencies. This has given rise to a lively debate as to whether this trend will continue, and in large part the outcome will hinge on the strength of the Chinese economy and the U.S. dollar. We think the rebound, which comes from a sharply oversold condition, is justified and correctly reflects a stabilized condition. As for the future, we expect the Chinese policymakers will act on their commitment to strong economic growth. We also anticipate a stable dollar with the possibility of slight weakening. On the other hand, some pessimism remains regarding these factors, but we recommend that growth-oriented investors have at least some exposure to emerging market equities.

A frequently asked question from our clients concerns the present and future impact of the presidential election on financial markets in general and the U.S. stock market in particular. Markets are currently focused on fundamentals including U.S. economic and profit growth, the Federal Reserve, the U.S. dollar, commodity prices, and the Chinese economy. At this point, we have yet to discern a strong influence coming from the presidential primaries. This is likely to change given contrary opinions of candidates on such matters as corporate taxes, trade agreements, capital gains rates, et al. We think the market will react only when the outcome becomes clearer. Worth noting is that the congressional elections may be as or even more important than the presidential election in determining future economic policy.

For the past 17 months the yield on the benchmark 10-year U.S. Treasury bond has fluctuated within a range of roughly 1.7-2.4%, and as of April 4 was at 1.72%. We expect the benchmark to remain in this range for the rest of 2016 with its yield drifting toward to upper end of the range by December. In this scenario, the total return on taxable and tax-exempt bonds will be unattractive and, in our view, eclipsed by equities. We continue to recommend high quality, investment grade bonds and we emphasize short and intermediate maturities until yields are higher.