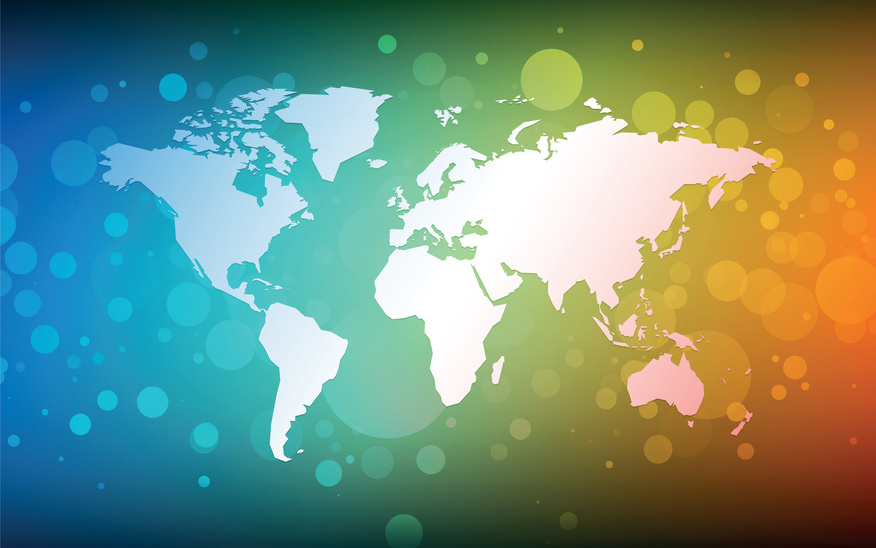 At the beginning of 2017, the Marietta Investment Team forecasted that the first significant acceleration in global growth since 2010 would fuel a surge in corporate earnings and lead to stock market advances. Economic data of the past six months indicate that the global economy is indeed accelerating and we continue to expect global GDP growth of 3.2% this year and 3.6% next year. Driving this growth will be the international economies led by the emerging countries. On a cautionary note, we are modestly reducing our projection for U.S. GDP this year from 2.5% to 2.3%, which matches a similar reduction on June 27 by the International Monetary Fund. Stock markets have responded positively to the pickup in economic activity with the MSCI All-Country World ex-U.S. Index rising 14.1% and the S&P 500 rising 9.3% through the end of the 2nd quarter. We anticipate a further expansion in global profits and stock prices in the second half of 2017 and into 2018. Despite our reduced U.S. GDP forecast, we expect double-digit U.S. profit growth for all of 2017, which should permit at least a mid-teens S&P 500 return for the year.

The U.S. continues to exhibit steady but underwhelming growth. The labor market is strong in some aspects and lags in others. The unemployment rate has steadily decreased throughout the year and now stands at 4.3%, the lowest level since 2001. On the other hand, the labor participation rate remains stubbornly low and the last three months of jobs creation data from the Bureau of Labor Statistics have been below the 2016 average. Wage growth has been running between 2-3%, which is above inflation but is not robust. The financial health of consumers, which has been boosted by the jump in stock prices and a rise in home prices above 5%, has contributed to a near record high in consumer confidence. Household net worth reported a year-over-year gain of 8.3%, a 3-year high. U.S. consumer credit ratings have also reached a multi-year high, yet consumer spending has been modest. A convincing explanation for this restraint is elusive, but possibly a shift in consumer spending habits is underway. A similar development exists in the business world: CEO and small business confidence are at very high levels and profits are very strong, but businesses have been slow to invest. In sum, the U.S. is a steady contributor to the global economy, but the much-anticipated growth spurt has not occurred.

Marietta’s Investment Team is convinced that the key to the U.S. stock market is healthy corporate profit growth. We retain the view that the market’s P/E, which has risen steadily for several years, is close to fully valued. We consequently attribute the S&P 500’s six-month advance of 9.3% to the rise of over 15% in first quarter S&P 500 profits, the largest increase since the 4th quarter of 2011. To be sure, the corporate profit surge exceeded the increase in S&P stock prices, which actually improves the market’s valuation. Many research analysts currently expect a double-digit profit gain for the year, which they anticipate will extend into 2018. 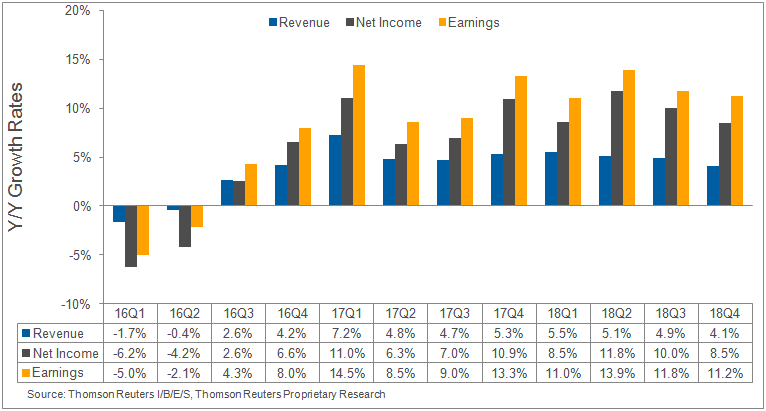 We thus do not accept the view of some commentators that pro-growth legislation in Washington D.C. is necessary to provide a further advance in the U.S. market, but if this were to occur it may bolster the market rally. Important additional supports for the U.S. market are low inflation, low interest rates, and an accommodative Federal Reserve. Money market funds and bonds remain relatively unattractive competitors to the equity market. We also expect the combination of stock buybacks and dividend increases to continue at near record levels.

Back in early January we wrote, “[t]he 2017 outlook for international stock markets is more favorable than at any time since 2010.” Our view was that most investors were not anticipating an acceleration in global GDP growth. The economic pickup became increasingly evident as early as March, when The Economist titled its cover article (March 18-25), “On the Up: The World Economy’s Surprising Rise.” A month later, the IMF issued its updated World Economic Outlook, which supported our forecast:

The positive response of international equity markets has been significant. Year-to-date through June 30, the iShares MSCI Emerging Markets ETF (EEM) rocketed 18.8% and the iShares MSCI EAFE ETF (EFA) for developed markets advanced 14.8%. We think there is more to come.

We reiterate our forecast for emerging market economies to grow 4.6% this year, led by India at 7% and China at 6.6%. China is making progress on its plan to shift economic growth from exports and investment to consumer spending. Retail sales consistently grew over 10% this year. Some commentators have expressed concerns regarding China’s debt situation, which we think needs to be monitored but a crisis is not imminent. We continue to recommend select Chinese consumer and technology stocks. We also find attractive investment opportunities elsewhere in Asia. Brazil’s stock market has suffered this year as the emergence from recession has been disappointing and political turmoil has buffeted the equity market. Other Latin American markets have performed well and we think there are opportunities with significant potential in this region.

In the developed world, investor attention is increasingly focused on the Euro Area. Here, the economy has improved significantly over the past six months and we now forecast an increase of 2% GDP growth in 2017. Recent data have surprised to the upside: Germany’s monthly Business Climate Index was the highest on record in June, consumer confidence in France soared to a 10-year high, and PMIs throughout the Eurozone have strengthened. Adding to the positive appeal of Euro Area equities has been the willingness of the European Central Bank to remain accommodative as the economy improves. With these tailwinds, the FTSE Euro 100 rose 15.1% thus far in 2017 in U.S. dollar terms. We are monitoring closely Japan, where consensus GDP growth estimates have been revised upward for 2017 from 0.6% to 1.2% (source: FactSet) and the Bank of Japan maintains its pro-growth policy.

The major threats to our positive stock market outlook would be a surprising deterioration in the Chinese economy, a further decline in commodity prices, a resurgent strength in the U.S. dollar, and the specter of protectionism and trade wars. We are watching key global political developments carefully, but do not expect any major surprises to disrupt economic growth.

Alternatives to equity investments are for the most part unfavorable. The bond market is unattractive: bond yields should rise as unprecedented central bank accommodation unwinds and economic growth picks up. The search for yield remains elusive, but lower-quality bonds are relatively attractive to more aggressive investors as long as economic growth persists. Commodities have had a mediocre first half of 2017, with oil plunging over 20% and most precious and base metals trailing the return of the S&P 500 Index. We think that global growth will provide stability to commodity prices but a significant increase in demand will require fiscal stimulus. In the meantime, supply issues could linger and cap substantial upside appreciation.